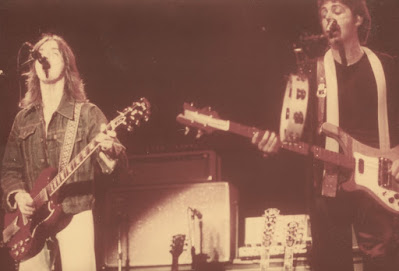 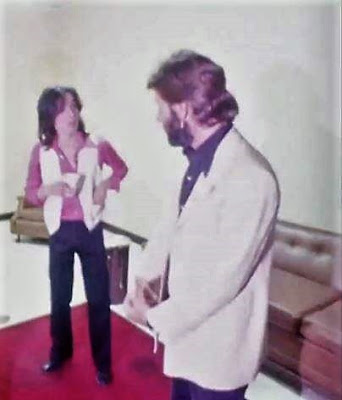 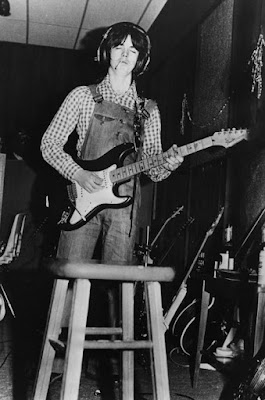 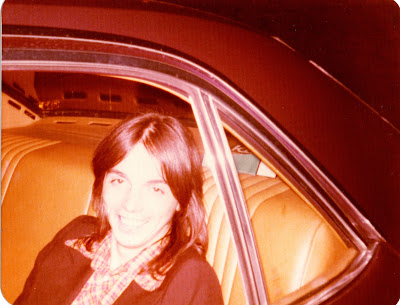 I have enjoyed the music of Wings for about 20 years, but I admittedly know very little about the members of the group.   One member especially was a mystery to me, guitarist Jimmy McCulloch.  There were always so many rumors surrounding Jimmy's life and death.  I never knew what was true when it came to this lead guitarist.

This biography tells the full story of Jimmy's 26 years on earth.   He started playing the guitar at the age of 11.   From that point on, this Scottish kid was never without a band to play with.   Seriously -- I had no idea that Jimmy McCulloch played and toured with just so many groups!   I don't think he ever had a  day of his life where he just chilled at home and wasn't in a studio, on the road, or in a rehearsal with a group.   When he was just 16 he was in Thunderclap Newman and quickly had a #1 hit single called  "Something in the Air."    (So I have never heard of this song, so I looked it up on YouTube and it was really good).

By November 1973, Jimmy began recording some songs with Paul and Linda McCartney.   This led to him being asked to join Wings.     It is pretty much accepted that the years Jimmy McCulloch was in Wings, were the most successful and "best" years of the group.   They toured the world between 1975-76.   Jimmy had great stage presence and was well accepted.  He even had a couple of his own songs on Wings albums.   One new bit of information that I learned about Wings is that Jimmy actually played on  "Mull of Kintyre."  Because he is not seen in the video for the song, I assumed he was not on the song.  However, this book dispels this misunderstanding and gives the reasoning why.

After Wings, Jimmy went on to perform, record, and tour with a few other groups until his unfortunate death in 1979 at the age of 26.

What I really loved about this book is the large number of photos, newspaper articles, and other handwritten items that go along with the text.   It all really enhanced the story of Jimmy's life.  The rumors surrounding Jimmy's "bad" behavior, including his arrest in Tennessee, were explained.   I feel like I now have a much better understanding behind Jimmy's behavior and issues that caused him to behave this way from time to time.    The circumstances behind Jimmy leaving (getting fired?) from Wings is still sketchy, but the story from Jimmy's brother seems most likely with maybe a few things that other people said as well.

Probably one of the most shocking stories I read was in Detroit during the 1976 Wings over America tour, Jimmy walked off the stage and did not return.   Paul McCartney was not happy about the entire thing and actually hit Jimmy.   You will have to read this story for yourself.

The only thing I wish this book had was more information about the Wings touring years.  However, this really isn't this books' issue.  What is really needed is an entire book about Wings tours.  But I would have liked a few more pages about the Wings tours and stories from Jimmy's fans that would wait at the stage door to meet him.

Overall Little Wing was a well-researched and well-written book.   Anyone that considers themselves to be a Wings fan must read this book to learn more about the amazing guitarist, Jimmy McCulloch.