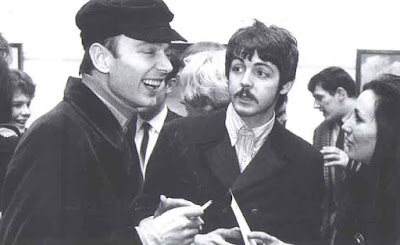 Paul attends a party thrown by Julie Felix.   Julie was someone that Paul had a romantic relationship with at the time.  Julie has said that she remembers Paul playing "Strawberry Fields" for her before the single was officially released.   Perks of being involved with one of The Beatles, I guess.