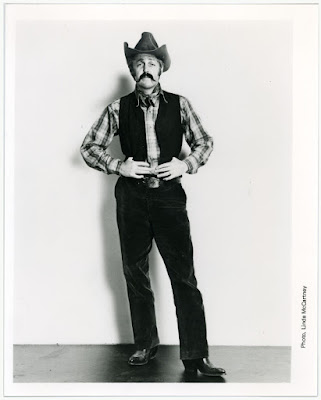 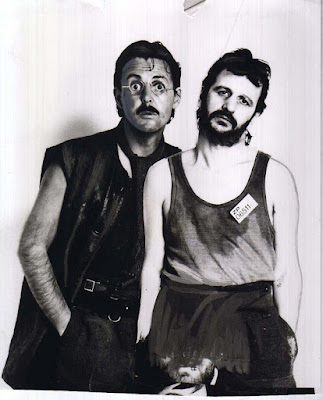 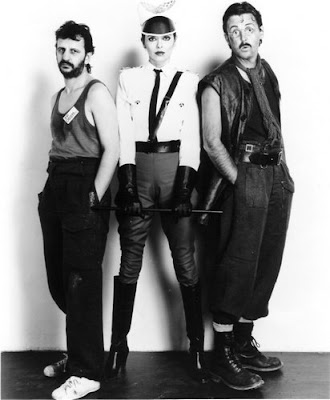 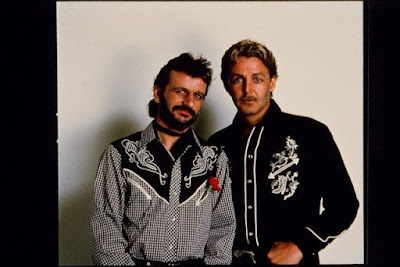 In January 1982, Ringo and Paul made a promotional film called "The Cooler."   This was a 10-minute film that was actually three music videos for Ringo's album "Stop and Smell the Roses."   It is sort of an interesting concept. Instead of putting out 1 music video from an album, this was three music videos that were all tied together with the storyline of Ringo being a prisoner that had to be thrown into the "Cooler" - solitary confinement.   Ringo's wife, Barbara was also in the film as the prison guard that Ringo fantasizes about kissing.   Paul plays a few different characters, including a cowboy and Linda McCartney was a prison guard.  Paul's company MPL produced the film.   It is nice to see Paul supporting Ringo with such a big project.