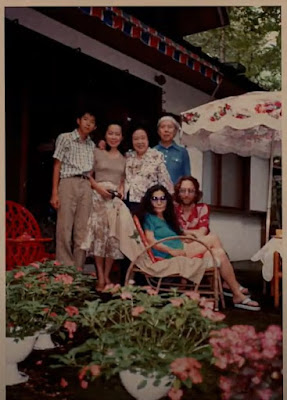 I found on Youtube a man named Hideo Nagura talking about some memories of John Lennon, who he just thought of as "Uncle John."   Here is the transcript of what he had to say on the clip.  I'm having some issues getting actual video to link on here, but you can find it if you search for "Hideo Nagura and John Lennon" on youtube.

With my mother being Yoko Ono's cousin, I was lucky enough to spend the summers of 1977-1979 with John Lennon in Karuizawa.  Little did I know that John was a superstar.  He was just a relative to me.

I first became aware of who he was when he was assassinated in 1980, and my mother made an appearance on national television. 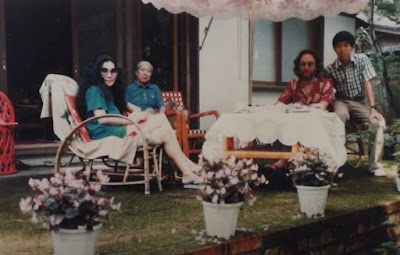 This is a picture taken in Karuizawa.  You can see me on the right, next to John.  I was 14 when the picture was taken.

My mother wrote an article detailing our memories with John, in this magazine, "Bungei Shunju." Here is a short excerpt on page 238.  "One time my daughter, who was in the 4th grade at the time sang a song by Pink Lady, a Japanese female pop music duo, in front of John.   John whistled and applauded, and with a serious face, expressed his yearning for a baby girl under Sean.  While joking that he'd want her to take after Yoko's nose, and not his.

There is actually a backstory to this "Pink Lady" episode.  It's about the time my siblings and I sang their hit song, "Invisible Person."  John suddenly claimed that "Invisible Person" was his song.  Without knowing he was a Beatle, I responded, "No, no.  This is Pink Lady's!"  And the two of us ended up in an arguement.  Not until later did I realize that John was being reminded of the Beatle's song, "I Feel Fine."