Get Back Observations: Maureen loves The Beatles 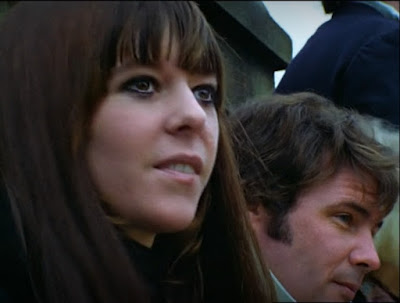 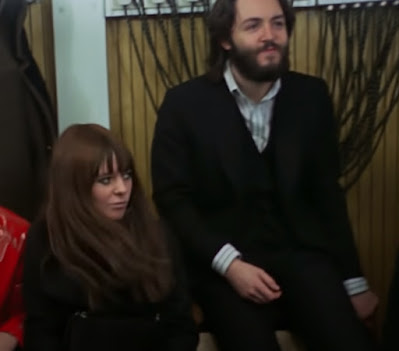 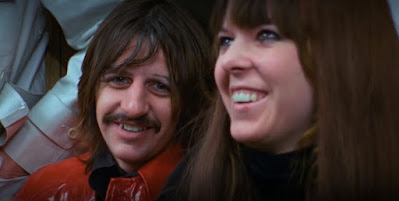 Get Back Observation #3:  Maureen Starkey loved The Beatles.

Maureen was one of the original Beatle fans.   She would go to the lunchtime Beatles performances at the Cavern Club to see The Beatles perform.   She was a 15-year-old girl and had a crush on the new Beatles drummer, Ringo.   Maureen wasn't any different than any of the other Cavern girls.   She got there early and tried to get in the front to see The Beatles.   She hung around outside the Cavern and got Ringo's autograph at one point.    She was one of the earliest Beatles fans.

In time, Ringo asked her to dance at the Cavern and the two began to date.  As we all know, Maureen and Ringo were married and eventually had three children together.

In the "Get Back" film, we see Maureen a few times.   One of the times happens to be the day that George quits and Paul jokingly tells her to learn a few chords over the weekend and she will be in the band.   It was also on that day and during the million and one discussions about where to have the final concert for the film.  One of the places mentioned that day was the Cavern Club.   The only voice you hear when that idea was tossed out, was Maureen with an enthusiastic "yeah!"    She loved the idea of seeing her favorite band back where she first saw them.

The performance is on the roof of 3 Savile Row and Maureen is one of two Beatles wives that watch the performance.  You get the idea that she was not going to miss it.   It was cold and supposedly she gave her red jacket to her husband, but Maureen was rocking out the entire time.   Yoko looked pretty miserable on the rooftop.  John even asks her when it is done, if she was alright.   I think Yoko was cold and was not having fun.   Maureen was the complete opposite sitting next to her.   She was shaking her head and smiling the whole time.    The one song that she REALLY got into was "One After 909."  I realized that this was not a new song to her.   The Beatles performed "One After 909" at the Cavern Club.   I think that while they performed that song, Maureen was taken back a few years earlier to when she was 15 and at the Cavern.   However, she did not have to fight her way into the front seats -- she had the best seat in the house.     Of the people that witnessed the rooftop performance only two people -- Mal Evans and Maureen Starkey had also seen The Beatles perform at the Cavern in Liverpool.

I'd always known that you could hear Maureen cheering at the end of the last "Get Back," and Paul says, "Thanks Mo!" to her.   However -- I just didn't realize how much she enjoyed the entire performance and that she wasn't Maureen -- wife of Ringo Starr during that show, but Maureen -- original fan of The Beatles.

I purposely posted this today, December 30, in remembrance of Maureen.

Email ThisBlogThis!Share to TwitterShare to FacebookShare to Pinterest
Labels: 1969, Cavern Club, Get Back, Get Back Observations, Maureen Starkey, rooftop concert