Get Back Observation: Ringo likes to wear his old stage clothes

Get Back Observation #2:   Ringo likes to wear the clothes he used to wear on stage with The Beatles, especially his colorful pink shirt from the 1966 tour. 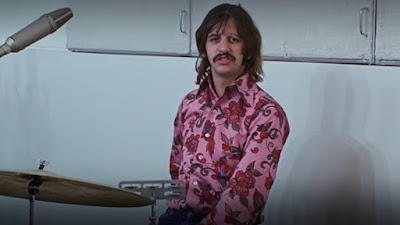 The fashions of the Beatles (and Glyn Johns) in Get Back have been a big topic of discussion since the documentary premiered.   One of the items of clothing that has gotten a lot of attention is the pink-flowered shirt that Ringo wears on January 21st.    It is a great, colorful shirt that really portrays the look of 1969.   Um -- or does it?

This pink shirt was not a brand new shirt that Ringo got for Christmas in 1968.  It is one that he had in his closet since 1966.   As a matter of fact, all four of the Beatles owned this particular shirt.   The pink-flowered shirt was one of the shirts that they wore underneath the grey striped jacket (with a yellow & white shirt being another one). 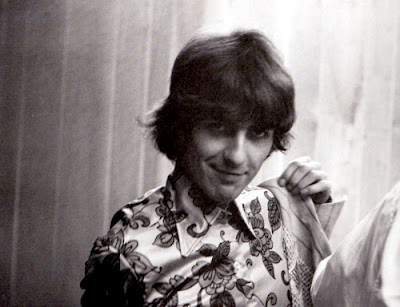 You also might not realize it, but Let it Be/Get Back isn't the first film where Ringo wears this shirt.  Look at what Ringo has on underneath his poncho during the filming of "I am the Walrus" in Magical Mystery Tour 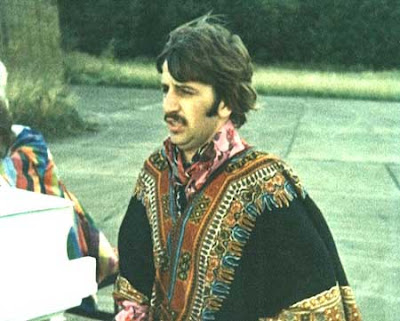 addition thanks to MarkZap
Ringo also wore the same pink shirt during the January 1967 photoshoot for the Strawberry Field/Penny Lane single as you can see in this photo. 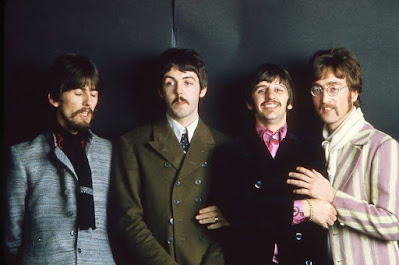 And just because I am a little bit obsessive about The Beatles clothing, I also noticed that Ringo wore the green suit jacket that The Beatles also wore during the 1966 tour one day at Twickenham.   Ringo could be seen wearing that jacket a lot after the tour.  This one isn't as cool to me as the pink shirt, but worth mentioning. 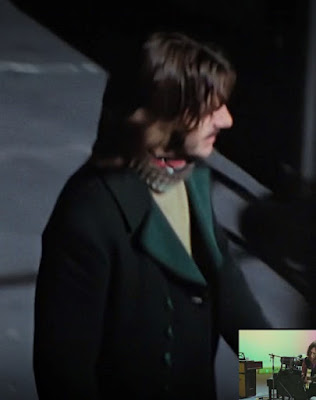 Email ThisBlogThis!Share to TwitterShare to FacebookShare to Pinterest
Labels: Beatle clothing, Get Back, Get Back Observations, Ringo Starr