My heart goes out to all of the victims and their families of those that lost their lives, are in critical condition in the hospital, were injured, and/or have PTSD due to the terror that happened at the concert in Houston this past weekend.   A concert should always be a place to have fun, and not a place where tragedy happens. 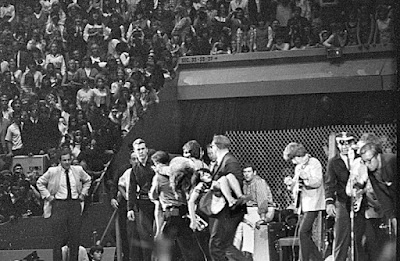 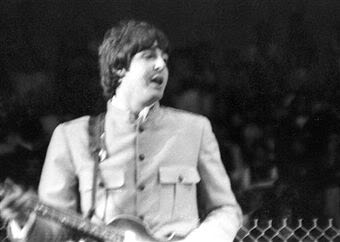 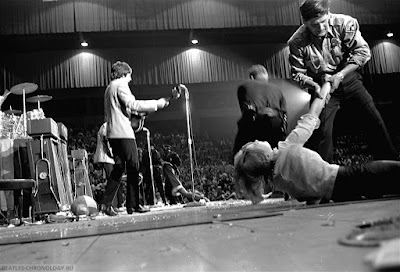 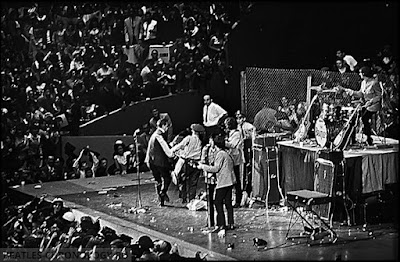 A lot of people have been sharing videos of various artists stopping the show due to emergency situations in the audience.   This all made me think about The Beatles.    We know that things got really wild at Beatles concerts.   Fans rushed the stage, passed out, screamed, stood on unstable chairs, threw things, and pushed and shoved to get closer to John, Paul, George, and Ringo.    I am sure there were moments during these concerts that fans felt like their lives might be in danger.  Thankfully no one died during a Beatles concert, but there were a few scary moments.   I think one of the scariest concerts were the two at San Francisco in 1965.   We don't have a video of what happened, but I do have this letter that shows us that Paul did notice what happened and took charge of the situation.

This letter was written to Bob Bonis from Joan Reyolds.

Read in Ralph Gleason's column your name.  You were with the Beatles on their tour.  Yes, Bob, this is a letter regarding the Beatles.  (Does anyone ever write you any more about anything else?)

To continue on...... we went to the evening Beatles concert in San Francisco.  We had front-row center seats.  We were happy.  I went with my husband Nick, Julie Stewart (her husband works with my husband in the Kingston Trio), and a male friend called simply Mayhall.

Anyway, when the show started we were comfortable.  Then, the Beatles came on, the mob surged, we were trapped, Julie, who is five months pregnant, was getting badly kicked, etc.  We were scared for her.  We almost died protecting her.  All the girls were screaming various Beatle names.  We were screaming Paul's name.  We sounded like those girls.  We just wanted help to get Julie out of there.

Nick made some kind of contact with Paul, who sensed that our screaming was of a different nature.  How this happened amazed us, and we are totally grateful that Paul stopped the show.  We would like to thank him most sincerely and wonder if you can tell us who we should write to, hoping it will get to him.  Or, should we forget it?