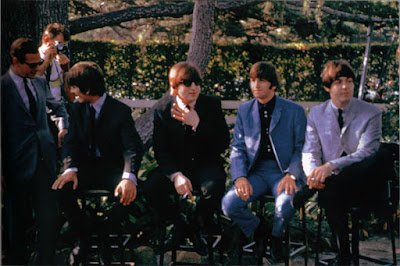 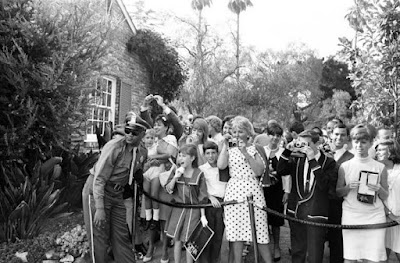 We all know the story about how on  August 24, 1964, the Beatles sat on stools at a garden party in the Bel Aire part of Los Angeles, California and shook hands with countless famous people and their children.

We also know that there were just regular fans that had found out about this and went to the house where the party was held and stood outside and tried to see a glimpse of The Beatles and wished they had a famous relative so that they could get inside themselves.

One thing you might not know is that one of those fans standing outside was a 12-year-old Katey Sagal.   I am sure you have seen Katey Sagal on television over the past 30+ years.  She played the part of Peg Bundy on "Married with Children,"  was the voice of Leela on "Futureramia"  and most recently she has played Dan's love interest on "The Conners."

Before all of that, she was just Katey, who loved the Beatles, especially George Harrison.   She and her best friend heard about the party on the radio and decided to find the house and see if they can see the Beatles.   They stood there in a row with other Beatlemaniacs and screamed.   There is video footage of this and you can read Katey's lips yelling out "George!  George!" 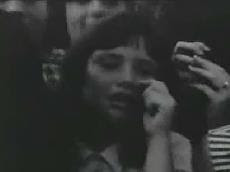 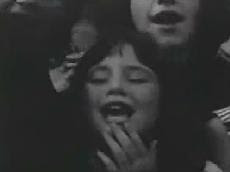 Katey got so hysterical about George that she could not calm down.  She did not get to see The Beatles on that day, but she did get a policeman to escort her back home because she was so hysterical.

I love these stories with photo/video evidence of now-famous people at Beatles events in the 1960s.  How many have been discovered so far?