I Me Mine - the last Beatles recording session 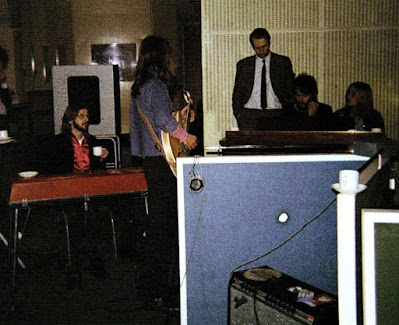 The song "I Me Mine" is rehearsed in the "Let it Be" film and it was decided that it should be on the album as well.   Ringo, George, and Paul got together in January 1970 to give a proper recording.   John was in Denmark at the time.   He had said that he had quit the Beatles in September 1969,  but I have to wonder if he was in London at the time if he would have joined them.

I am having a hard time with this whole "John was the one that quit the band and not me" narrative that Paul is pushing right now.    Yes -- John quit.  He said he wanted a divorce.   And yet he didn't DO anything about it.  John changed his mind as often as he changed his look.   We don't know that in a few years that John wouldn't have been ready to record again with the Beatles.  Paul is the one that took the action to legally end the Beatles.   There is a difference between saying "I want a divorce" and filing the legal paperwork.  We all know that the breakup of the Beatles is a complicated discussion with a lot of variables and not one individual person is to blame.   However, it would be nice for Paul to admit to his part in the breakup and not shove the entire thing onto John.   (Just my opinion -- don't come at me).