He was just a normal, regular person 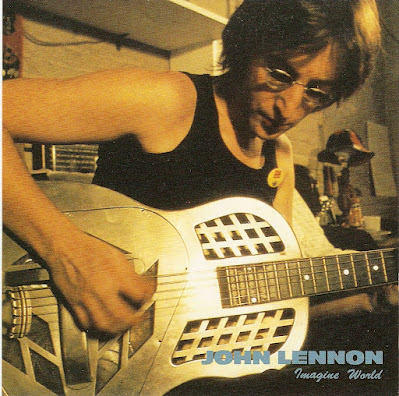 This was an article published in the Daily Mail newspaper shortly after John's murder.  I typed it up exactly as it was originally published.   There is a word that is not acceptable to use today but was used in 1980 regularly when talking about people with cognitive disorders.

“He was Just a Normal, Regular Person”

Nearly 10 years ago, on a cold, rainy night in late autumn.  I sat with five or six other people in a basement apartment in Greenwich Village, relaxing after an evening that included a Broadway play, dinner and drinks afterward.

It was late, probably 1 or 2am, and the party was just about over.  I was sitting by myself, lounging in an armchair, recalling bits and pieces of the evening.  In one corner of the room two women chatted quietly, and on a sofa, a young man sat plinking idly on a guitar.  I found myself listening to the guitar.  Plink, plink, plink – a must undistinguished melody.  He could have been any of a million hack-around musicians of the early 1970s.

I found myself grinning, “Son of a gun,” I thought.  “Here I am sitting in John Lennon’s bedroom, and he’s over there playing a guitar, and there’s really nothing that special about him at all.  He’s just a normal, regular person.”

“Nothing,” I said.  “I was just thinking about something funny.”

Obviously, John Lennon was a normal person.  But normal glimpses of him were rare – during that entire night on the town, for example, there was never a moment when people weren’t aware of John and Yoko, pointing at them, taking their pictures, asking for autographs.  Poor John had to think about every move he made.

Poor John – No matter how many times he said some things, no one ever seemed to believe him, or even listen to him.  Take, for example, the new interview in Playboy magazine, which contains the very same questions and answers that have been published 100 times in the past decade.

A large chunk of the interview, for example, deals with the notion that Yoko was the person who broke up the Beatles, and that she was Svengali who controlled John’s mind.

“Why can’t you be alone without Yoko?” asked an interviewer for Rolling Stone in 1971.  “I can be, but I don’t wish to be,”  John Lennon answered.  “There is no reason on earth why I should be without her.  There is nothing more important than our relationship, nothing.”

“And we dig being together all the time.  And both of us could survive apart, but what for?  I’m not going to sacrifice love, real love, for any friend, or any business because in the end you’re alone at night.  I’ve been through it all and nothing works better than to have somebody you love to hold you.”

John and Yoko had their troubles, of course, but their relationship was strong enough to keep them together, and for the last 10 years at least, if you want to know about the private life of John Lennon, you’re just going to have to accept the fact that John Lennon was – and is—the other half of Yoko Ono.

As everyone knows, John Lennon took the past five years off to be a “househusband,” raising his and Yoko’s son, Sean, while Yoko handled the family’s business affairs – and handled them very successfully, by all accounts.

Just by accident, I happened to get a call the other day from a lady who told a story that shed some light on the kind of guy John Lennon was.

The lady’s name is Ruth McCarthy, and she lives in East Haven, Conn.  She has a retarded child who lives at the Southbury Training School in Southbury, Conn.

“After five years ago,” she said, “a group of mothers at the school held a celebrity auction to try to raise money for activities for the children.  So we sent letters to a lot of famous people, asking them if they’d be willing to contribute things to auction off.

“Some people did answer the letters,” she said.  “Walter Cronkite sent a letter or something and Barbara Walters and Paul Newman and lot of songwriters.  Most of them sent letters and some sent little things like tie clasps.

“But John Lennon – do you know what he sent?  He sent a little statue, one of the Grammy awards that had won.  The little statue itself.  Most of the things at the auction brought $5 or $6, but that one brought $600 or $700 – it probably would have been more, but there was only some families of retarded kids and some staff people.

“You know this has been on my mind all these years, and I never told anybody,” she said.  “But when I heard this morning that he had been killed, I just thought the world should know what a big heart John Lennon had, that without any fanfare at all, he would five away such a treasured possession for a bunch of retarded kids.”