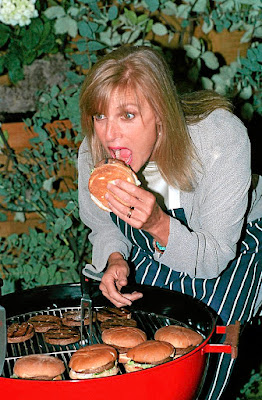 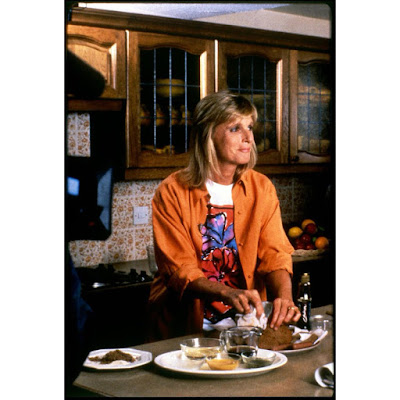 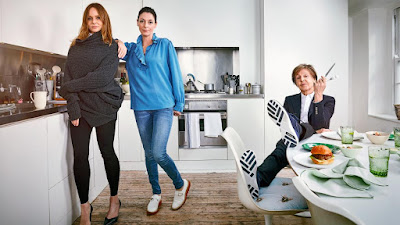 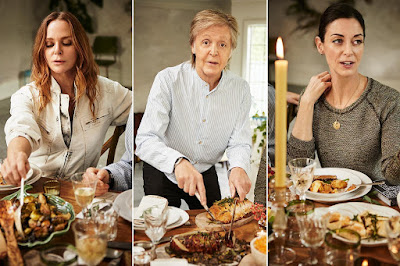 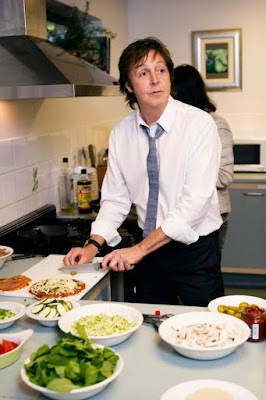 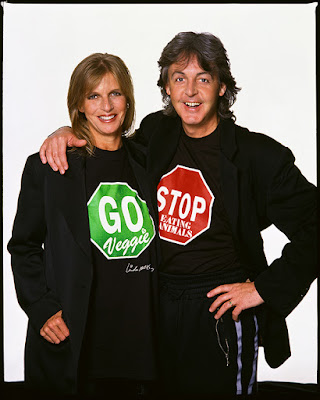 It is well known that the McCartney family are all vegetarians and that they are serious about food.   Linda McCartney is now seen as a pioneer in veggie cooking and wrote several cookbooks during her lifetime.

It was a logical progression in 2021 to re-release Linda's cookbooks for a modern audience.  That is why the book  Linda McCartney's Family Kitchen was published.   Vegetarian and vegan recipes are much more common today than they were in the 1990s, and the ingredients needed to make the foods are easier to find than they used to be.

The categories for the recipes in this book are breakfast and brunch, soups and salads, on the Go, quick and easy meals, weekend feasts, sides and snacks, baking, puddings, and sweet treats.  It is interesting to think that these are some of the dishes that Linda would make for her family.  Some of the most interesting dishes are cinnamon rolls, American-style pancakes, chef's salad, guacamole, barbecue sausage, and vegetable skewers, lasagne, baked macaroni cheese, pizza, chili non-carne, and lemon drizzle cake.

Also included in the book are some family photos of Linda, Paul, Stella, and Mary.  These are all snapshots and lovely photos.   None of them stood out to me as "new" photos, but there might be a few.  Paul wrote an introduction telling the well-known story about how he and Linda decided to become vegetarians.  Before each recipe is a short paragraph that told a little story memory or story about that recipe.

It is a very nice cookbook with a variety of recipes.  I am not a vegetarian and there are still many recipes that I would not mind trying.   I would have enjoyed there being more photos and family stories about sharing meals together.   Make it a little less than just a cookbook, but also a book about the McCartney family and their memories of Linda.   I found it strange that there was no mention of Heather or James in this book.  I understand that they might want privacy and were not involved in making the book, but to not even mention them or have them in an old family photo seemed strange to me as a fan, especially since the book is called Linda's FAMILY kitchen.

If you are a vegetarian and/or vegan, this is a great book as a Beatles fan for you to have on your shelf.  If you are a huge fan of the McCartney family, then go ahead and pick up this book.   If you do not fall into either one of these categories, then you can pass on this one.

*I know there has been a discussion going on about the motives behind the publication of this book.  I personally do not see a problem with it.  I don't think Paul had a lot to do with the publication of the book but did include his name to help sell more books.   But I do think his motives are to keep Linda's memory alive.  However, you can feel however you want about this book.