Ringo and his Koala (part 2) 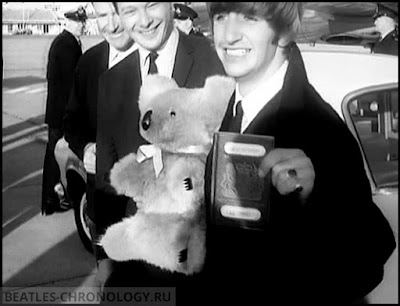 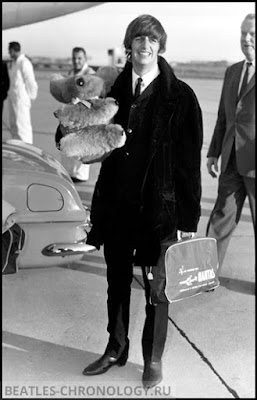 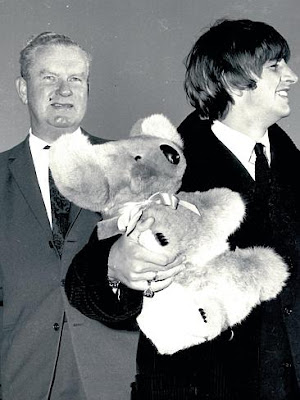 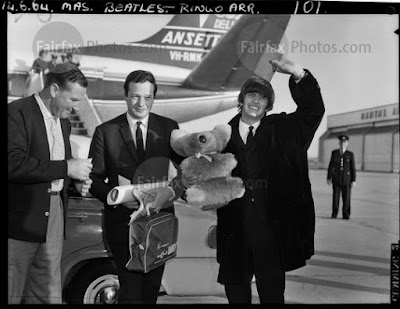 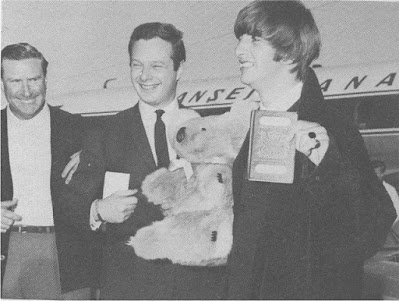 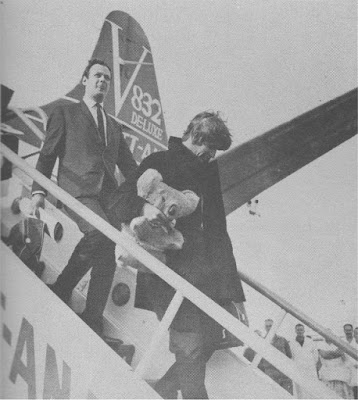 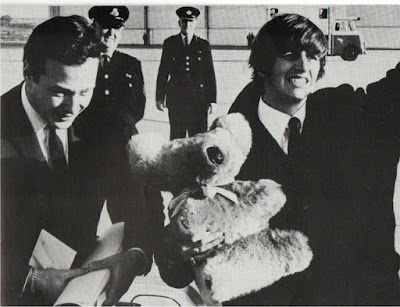 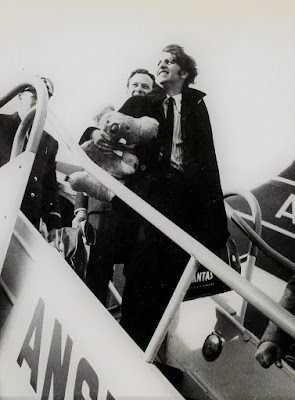 June 14, 1964 --  Ringo arrives in Sydney will his new koala bear friend still with him.  He is showing off his passport because Ringo was able to leave England without it.   He had forgotten to get it and someone went back to his passport from his house.   Because he was a Beatle, he was allowed to fly to San Francisco without having a passport!  That would never happen today.
Posted by Sara S. at 8:20 PM