The Trial of the Harlem Six 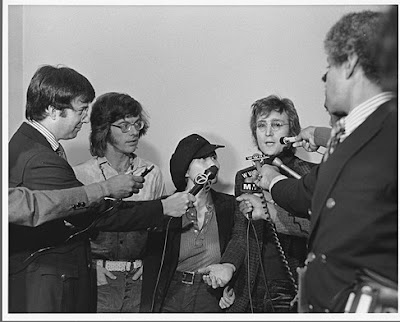 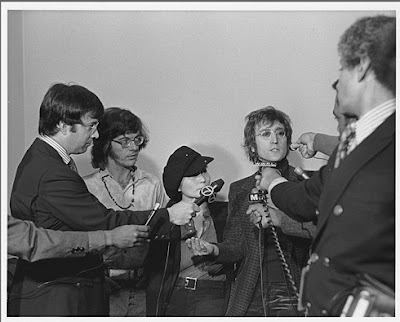 On January 11, 1972, John Lennon and Yoko Ono attended a court hearing for the "Harlem Six."   In 1964, Hungarian clothing shop owners were stabbed with one of them killed during the attack.  Six Black teenagers (known as the Harlem Six) were tried and convicted of the attack.    Because they were Black, an old law was used to appoint them legal council and not allow them to get their own lawyer to defend them.   They said that who the court-appointed was racist and did not have their best interest at heart.  They also said that they were regularly beaten by the prison guards, who would stop the elevator just to beat the boys to try to get them to confess.   A new trial was allowed and that is where John and Yoko enter into this story.

John told the New York Times the reason they were there was that "Racism is a hard thing for whites to understand.  It takes a lot to open our eyes, but I see it now because I'm married to a Japanese."

One of the other reporters in the courthouse that day was  Erik Calonius.   He had seen the Beatles in concert in 1965 at Shea Stadium.  He was a journalism student at the time and was randomly assigned the job of covering the trial.   As he looked around, he spotted John, Yoko and Abbie Hoffman.  No one else seemed to have noticed them at first.   Erik had met Abbie Hoffman previously and spoke to him a bit.  This also gave him the opportunity to talk to John.    They talked a bit about the trial.    During a recess in the trial, Erik took out his small camera and snapped one photo (see the first photo above).

By the time the trial had ended for that day, the word had spread and John and Yoko found themselves holding an impromptu press conference for various newspapers and TV cameras.   Erik stood back and watched -- he was pleased that he got to meet a Beatle.

The information came from: