Paul 'Caught Me on The Nose' says Carolyn 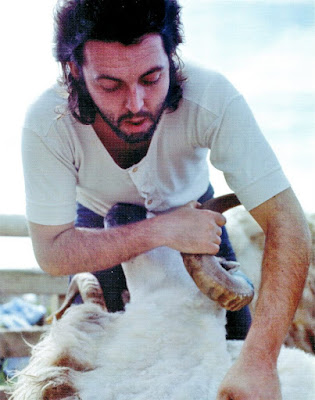 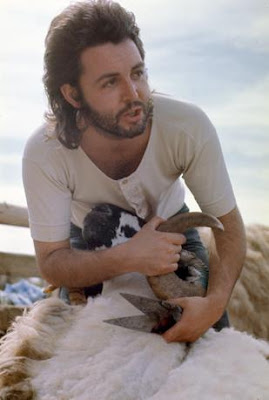 This is a story about Carolyn Mitchell from the April 1972 issue of the I.F.A. (The Independent Free Apple).   This was an anonymous Beatles fanzine from the early 1970s.   So I am not sure who wrote this originally in 1972.  The first part of the story came from The Daily Express on Friday, July 2, 1972.

No one really knows what happened.  Did Paul really punch Carolyn in the nose?  What we do know for certain is that Carolyn had been bothering Paul by hanging around his house on Cavendish and then hanging out around the farm.  Paul was angry and approached her and basically yelled and cussed at her.  She always stood by the story that hFe gave her a bloody nose and he said that it didn't happen.    Since they are the only two people there -- we will never know the complete story.

I have "talked" to Carolyn through this site on a few occasions and I really, really love her book.  She looks back and admits that she made mistakes and would do things differently today.  Please do not judge her from what you think in 2021.  She is a very lovely person.

Number one Beatles' fan Carolyn Mitchell demanded an apology from Paul McCartney last night for, she claimed, hitting her on the nose.  Fan and Beatle clashed when Paul told her to clear off from his farmhouse near Campbelltown, Argyll.  Carolyn went to the police, who are sending a report to the public prosecutor  Last night, Carolyn, a 24-year-old American said she would drop her complaint if Paul said sorry.  She waited in her car for him a few yards from his house.  Inside Paul denied he hit her and said there was nothing to apologize about.  He refused to see her.  His version of what happened after he saw Carolyn perched on rocks overlooking his home on Monday:  "I was very annoyed.  For three years I have been asking this girl politely, pleading with her to leave me alone and on Monday I admit I was rude and the words I used were very rough, but there as no rough stuff."  Carolyn from Salt Lake City, Utah, said, "I was shocked by what happened.  I was just sitting there hoping maybe to see Paul when he came up to me very angry." Paul's hand "caught me on the nose."   Carolyn came to Britain to be near The Beatles, she said.  She now lives in St. Johns Wood, London.

For those of you who have been to London, to attempt to meet a Beatle, trailing cautiously down Cavendish Avenue, or stood across from #3 Savile Row (wondering if you would be welcomed to join others on those steps).  Wherever you were scouting London, you may no doubt have met or seen Carolyn Mitchell.   She may seem to come from nowhere and in turn, you wonder just where she did come from, but she's always there.  Most recently she was that little blurb in your local paper.  A vague story of the girl Paul had supposedly smacked in the nose (it had coverage in many countries).

My first meeting with Carolyn was also my first day in London.  As my friend and I wandered around St. John's Wood, looking for a casual pen pal (they all seem to survive for some reason in this area).  We found ourselves at St. John's and Elez Hospital, just at the end of Cavendish Avenue.  Carolyn was being assisted by friends in gathering up her belongings and mountains of kept plunder.  She just quit her job as a maid at the hospital and with her slight pay, she was moving out of her tiny quarters to attempt a repeat to go up to see Paul at his farm...again!

She left by bus, an 18-hour jaunt, first to Glasgow then to Campbeltown.  She didn't have knowledge of a place to stay after she got there, or how she'd return; she didn't have enough money for that.

To know Carolyn isn't exactly to pity her or let her fall on her own stones.  Regardless of her share of misfortunes, I wonder if she has an angle on her shoulder.  She always seems to get out of some pretty hairy situations.  Recently she had threats of being reports, but she's still in London today.

The most admirable quality of her personality is that she's friendly as well, and she refuses to believe that Paul dislikes her.  She has wandered aimlessly from one job to another and has been known to put want ads in the paper asking for positions near or in St. John's Wood, "to be near Paul McCartney."  She has been working on a book about The Beatles for ages, compiling peoples (fans ) in person account and meetings of The Beatles.  She had tried to get George and Ringo interested in supporting the book, but they kindly avoid her.

Nobody hates Carolyn Mitchell.  She had found tolerance from the Scruffs, company with the Baddies, and has curiously interested many by passing acquaintances from other countries and visitors to Apple.