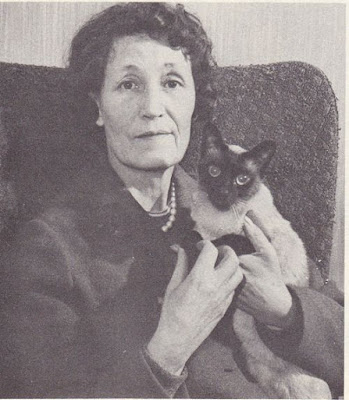 Thinking of John's Aunt Mimi today on her birthday.   I hate how Mimi is now historically seen as the mean, old aunt that did not believe in John.    Mimi was the mother figure in John's life and loved him just as much as if she had given birth to him herself.   She was strict, but a lot of people have strict mothers, and they aren't seen as mean.   I will always be thankful for Mimi for raising John and for being so kind to John's fans.