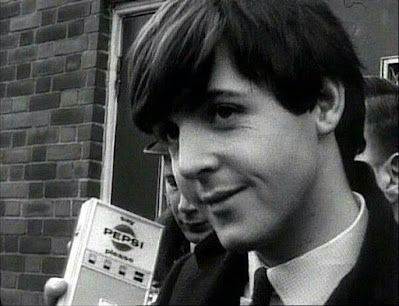 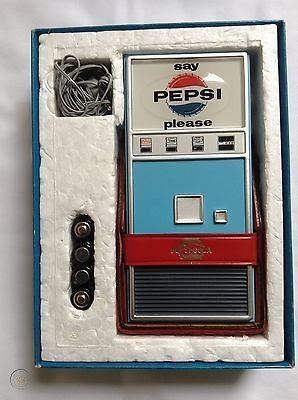 When the Beatles arrived in the United States in February 1964, the boys were given transistor radios that looked like a mini Pepsi Cola vending machine and said "Say Pepsi Please."    I believe all 4 of the guys were handed one, but photos and film of Paul holding his up to his ear are well known.    It was great advertisement for Pepsi and even to this day, they are called "The Beatles Pepsi radios."
Posted by Sara S. at 9:50 PM