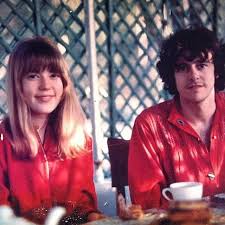 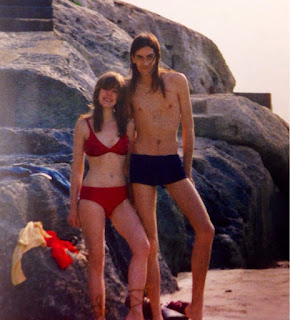 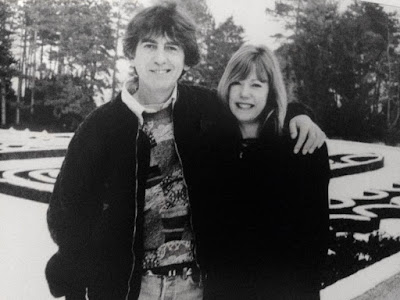 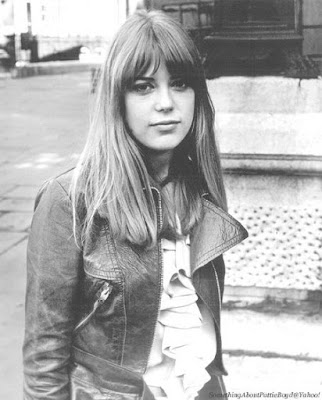 It has been a long time since I have written a Wednesday Review.   With remote teaching 28 first graders, working on my book and trying to keep this site up to date, I really haven't had time to read.   Seeing my stack of Beatles books growing, I decided to spend some time in Jenny Boyd's autobiography,   Jennifer Juniper.

Jenny Boyd of course is the younger sister to Pattie Boyd.   If you have read Pattie's book, some of the family background stories are familiar, but with Jenny being 8 years younger than Pattie, her take on things are different.

Jenny had to deal as a teenager as being known as "George Harrison's sister in law" and struggled to find her own identity.   I never thought about it, but it must have been quite challenging to meet genuine friends who don't want to be around just because of The Beatles.  As part of Jenny's search to find herself, she turned to meditation and spirituality.   She told her sister about her journey and turned Pattie onto it and she then talked to her husband, George about it and the rest is Beatles history.    Interestingly, Jenny wasn't sure what she thought about TM and the Maharishi.

In gaining her independence, Jenny booked a one way ticket from London to San Francisco in 1967 and lived there during a time of free love and hippies.   She loved her time there and talked it up to Pattie and George.  By the time they arrived in August 1967, Haight Ashbury had gone from being a place of love and peace to a place full of drug addicts and beggars.    George basically told Jenny to pack up her things because she was coming home.   Since Jenny's visa was about to run out, she left with them.

One thing that I really noticed is how George treated Jenny as his little sister and not just his wife's sister.   There was a time when Jenny was being taken advantage of and allowed a lot of people to crash at her London flat.  George pulled her aside and told her that they weren't paying rent and just taking advantage of her kindness and she needed to tell them to leave.  I loved seeing how much George cared for Jenny.   His kindness towards her remained for his whole life.

Jenny dated Mick Fleetwood on and off since she was a teenager.   They had the ultimate in an on again off again relationship.  She would date someone else but always ended up back with Mick, even though they had a very difficult relationship.    Jenny tried to date Donovan, who wrote the song Jennifer Juniper for her, but they just didn't click romantically (I think to Donovan's disappointment).    She ended up marrying Mick Fleetwood and moving to Los Angeles with him.   Mick was frequently on tour and either Jenny joined him and lived the party life of alcohol and cocaine or was a recluse in their home while he was away.   They divorced and true to how they were when they were dating, they got back together and re-married.    They had a toxic relationship, but she just couldn't find herself and end it.

Jenny didn't really get her life together until she was almost 40 and went to college.  It is an amazing story about someone who was emotionally lost and eventually found her purpose.   Jenny's life is very inspiriting.

The only negative thing I can say about this book is that at times I was confused about the timeline of things.   I even thought at one point I had skipped a few pages on accident because time jumped so fast and I was left wondering what happened.   I never did understand why she and Mick had to get divorced the first time nor did I understand about the affair she had with one of Mick's bandmates.

It would have been nice to have more information about her time in India or running the Apple Boutique, but then again -- this wasn't intended to be a Beatles book.

This is a great book to read during this crazy time in life because it is such an inspirational story -- although it take a long time to get to the part where Jenny decided to make a change in her life.  But it shows that is it never too late to take control of your life and make a change.