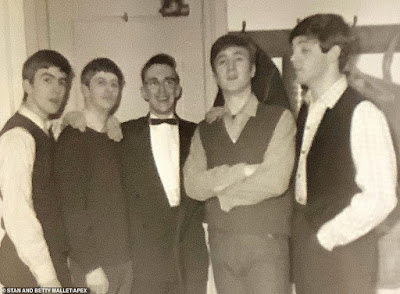 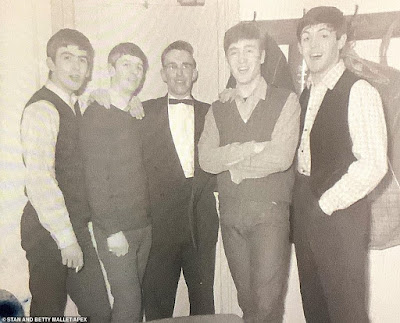 These photos were taken backstage in Exter on March 28, 1963.   Once again they were found in a box full of negatives of British stars from the early 1960s, including The Beatles.    They were found by the son of the photographer, Stan Mallet, when he was looking for some things for his family tree.

Email ThisBlogThis!Share to TwitterShare to FacebookShare to Pinterest
Labels: 1963, backstage, The Beatles