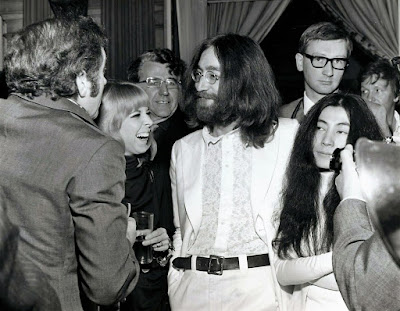 Here is what this photo appears to me ---  John just told a really lame joke that Yoko told John that he should not tell because it was lame.   Maureen found it to be hilarious but Yoko is just rolling her eyes and thinking, "Oh please, John .. just don't tell any more lame jokes."    Haha!