In NYC before life changed 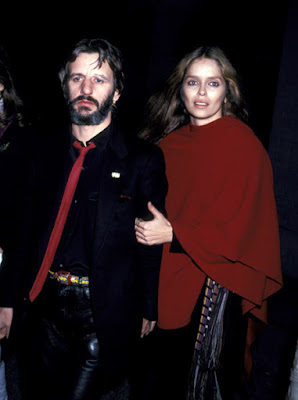 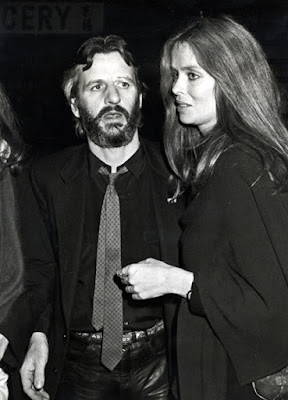 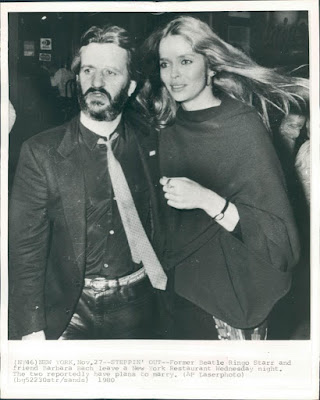 These photos have always been difficult ones for me.    Ringo and Barbara look great together.  They are newly in love and in New York City, staying at the Plaza.    It was a happy time for them.   As the story goes,  they met up with John and Yoko this day.    It had been a very busy day for John and Yoko, and yet they still managed to have a meal with John's old friend.    This is when Ringo introduced Barbara for the first (and last) time to John.    Supposedly they were to just have a meal together and go their separate ways, but the two friends were enjoying each other's company so much, that they spent a long time chatting.

It makes me so sad to think that these photos are the last day that Ringo got to see John before he was murdered.   If the conversation was like any other that friends have, they most likely parted saying something along the lines of "we need to do this again sometime,"  or "next time you are in town, come by the Dakota and I can show you how I make bread."    I don't know the exact wording obviously -- but you know -- they probably left each other with open plans to see each other the next time Ringo came to New York.    Ringo and Barb had plans for a December holiday in the Bahamas.   Of course, John's death cut those plans short.

So I guess the bottom line of all of this is that you just never know when the last time will be that you spend with someone.    I am sure Ringo did not think after his meal with John, "that's the last time I will ever see him..."    But I also bet that Ringo was glad to have met up with him and spent that extra time chatting.    So the next time you get the opportunity to see a good friend -- maybe spend a few extra minutes with that person because (to quote Ringo) tomorrow never knows.