The Beatles with Davy Jones 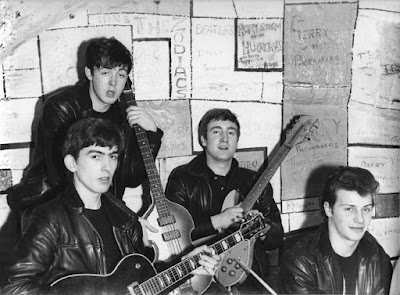 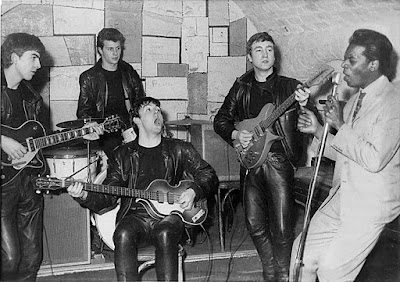 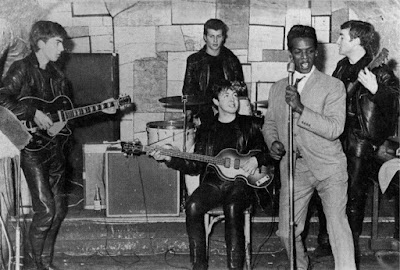 Tracks is selling interestingly enough part of a "new" photo of The Beatles performing at the Cavern Club.  Somehow I can just picture a girl that loved George tearing George out of the photograph to tape onto her wall or scrapbook.
The photo was taken on December 8, 1961, and shows the Beatles backing a soul singer named Davy Jones.  Davy performed at the lunchtime session at the Cavern Club the day and it was noted that he had brought cocaine with him and it is quite possible that members of The Beatles tried some backstage.     The two songs we know that they performed for sure were Amapola (a song that Jones had a released as a single) as well as Mighty Man (which was the B-side).   The Beatles added Mighty Man to their own set.
In regards to that new photo, it is interesting that Paul is no sitting in the chair, but his Hofner is in his place.   Now there is another photograph that I have posted on this site before from this date that has Paul playing his bass standing up near George.   Where is Paul?   Is he in the part of the photograph that was ripped off?   I'd say that we'd never know -- but someday we will.   The full photo is out there somewhere because it was sold in an auction.  Unfortunately, we can't see the full photograph in the auction listing either.   One of these days it will surface.
Posted by Sara S. at 10:35 PM