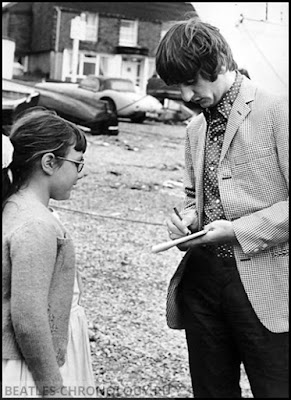 Kat Moore: “I met Ringo in July 1964 when I was only 8 years old. It was such an incredible surprise that I could not believe my eyes. I remember that my dad and I were on a boat when he told me that Ringo was in town. I decided that he was joking or fooling around. But when I looked around, I saw him. I went up to him and asked for an autograph. I was timid and shy. But he was very kind and benevolent. When I asked him for an autograph, we were photographed, and the picture was published in the newspaper. "Источник: http://beatles-chronology.ru/1964/07/04/ringo-i-morin-poseshhayut-littlkhempton/© Хронология The Beatles 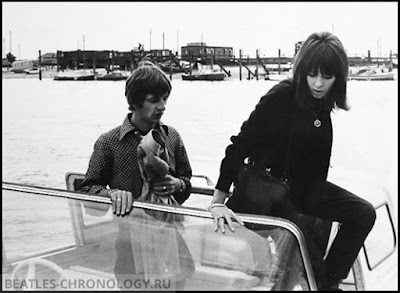