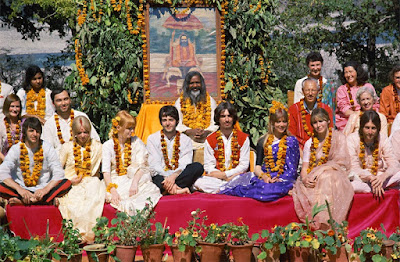 First I want to thank the 8 people that bought a ticket through my link for "Meeting the Beatles in India."  I truly appreciate your support for this site.

I watched the film "Meet The Beatles in India" on Friday night with great hope that it was going to offer new Beatles information and the film did not disappoint. 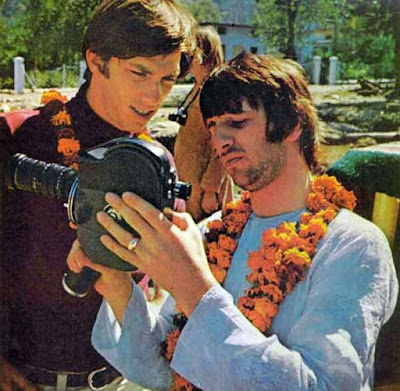 The film is the story of Paul Saltzman, a Canadian that was going through a time of self-discovery in his early 20's.   He decided to travel to India for a job opportunity and while there he wants to learn transcendental meditation from the Maharishi.   Having been in India for his job for a while, he had no clue that The Beatles were in the Ashram with Maharishi and he was originally denied access to the ashram.   So Paul, who really wanted to meditate, decided to camp out in a tent outside of the gates for eight days.    After that, he was finally allowed inside and learned about meditation.   He joins The Beatles, their wives (girlfriend for Paul), and Mal Evans, who were sitting around talking.   Suddenly, he was in with The Beatles and was allowed to take photographs of them.

The film goes along with Paul sharing some amazing stories about being with the Beatles, including a personal performance of George singing "The Inner Light" and observing John and Paul writing "Ob-la-di, Ob-la-da) 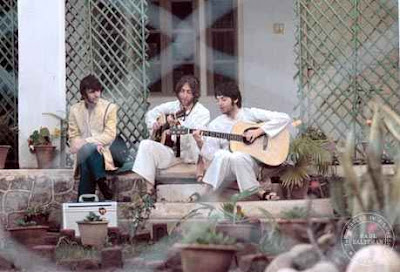 The film doesn't just tell Paul Saltzman's stories, but also more about The Beatles' time in India and the White Album.    One of the most interesting parts is the interview with the man who was the real "Bungalow Bill."   While I knew that the song was inspired by someone John encountered at the ashram, but I never really thought about how "Bill" would have his own story about The Beatles.   I really enjoyed hearing him talk about his memories.   It is really worth watching the Q&A section after the film because there is more with "Bungalow Bill" and we learn some about his mother's connection with The Beatles and the friendship she kept with George until his death in 2001.

The scenes with Mark Lewisohn were excellent.  I just wish there was more.   His insights were very necessary.   The part with Paul and Mark discussing exactly how many songs from The White Album were written in India was so interesting and a great topic.

I liked that Paul and Mark were on the grounds of the actual ashram where The Beatles stayed.  However, it was disappointing that we weren't able to see more of the bungalows and grounds.  I also thought some of the interviews were pointless and I not needed.  I would much rather hear more from people that were actually with The Beatles, such as the Indian musician that played the flute on "The Inner Light" than with people that did not spend time with The Beatles.

I really enjoyed this film and I look forward to it being released on DVD/Blu-ray.  Hopefully, some things that were cut from the final film will become bonus features in the near future.

If you missed out on the film last week, it still isn't too late to rent it!   It costs $12 to rent.  Not only will you get to watch a really fun Beatles documentary, but you also get to support Meet The Beatles...For Real.  Double bonus, right???   Just click on the link below to purchase your rental and I hope you enjoy the film as much as I did.