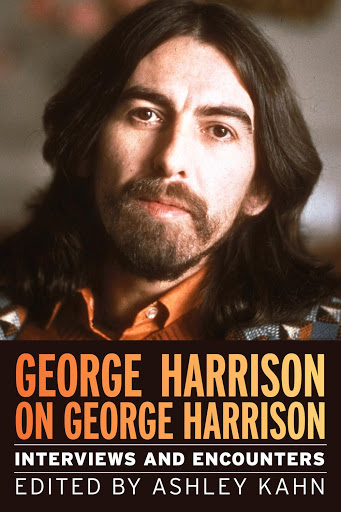 I recently read the book George Harrison on George Harrison (edited by Ashley Kahn).    This book  is a collection of interviews with George from his first interview with The Beatles'  in 1962 until the last statement he made before he died in 2001.

I really like interview books because they are wonderful for research purposes.   It is very time-consuming to transcribe radio and television interviews.  Having them right there in a book is so helpful.    What I don't like about interview books is the way the person being interviewed comes across on print might actually be different if you listen to the audio.  I recommend everyone doing what I did -- and looking up the available interviews on Youtube after reading them.

Many of the most well-known George interviews are found here:  Dick Cavett Show, the 1974 Dark Horse Press conference,  The Michael Jackson radio interview, Rockline, Mtv with the Traveling Wilburys, and the VH1 1997 interview just to name a few.   There were also quite a few interviews that I was not familiar with at all.  Many of these gave some new insights into George's life.    A few things  I found while reading this book is that George repeats the same stories over and over again and his stories never change.  George is CONSTANTLY quoting the Rutles or talking about The Rutles.  If you aren't a Rutles fan and don't' have the entire movie memorized, then you might miss some of the references, but they are obvious if you know the movie.   This tells me that George must have watched that movie or read the script a LOT because it is always in his conversation.    George has an amazing memory when it comes to people's names.    I can't believe how many people from his past that he will talk about by name.   One story that he told twice in the book that I don't' recall ever reading about before was how his Dad had a friend named Len Horton who owned the liquor store.    Young George would go down to Len's place on his night off and the older man would show George guitar chords.   Are the rest of you familiar with this story?   Why isn't Len Horton celebrated?   He is the guy that taught George the first guitar chords he ever learned.    I also found it pretty cool how George would talk about some of the previous interviews that were in the book.    He talked about the time he met Michael Jackson and Michael didn't realize that George had written "Something."    That interview with  Michael Jackson saying that very thing was in the book. 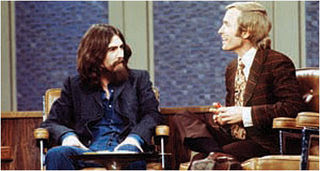 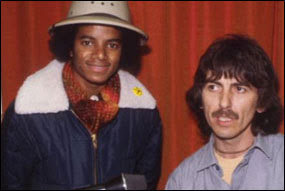 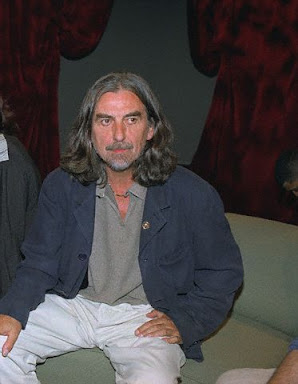 I personally did not like the interview with the  Hare Krishna's at the temple that George had built.   I liked a little bit of it, but George basically said the same things in all of them.  While I have great respect for George's spiritual beliefs and his love of God and spreading consciousness to the world,  I personally do not agree with everything he believed.   So I found a lot of it to be boring and my mind wandered some.   I think just one of those interviews would have been great.   However, if you share in George's spiritual beliefs or you want to learn more about them, then you might really enjoy all of the interviews with the Hare Krishna's at the Temple.

George Harrison on George Harrison showed all of the many different sides of George:  the musician, the family man, the friend, the Hare Krishna, the funny guy, and The Beatle.   Overall I  had a better understanding and appreciation for George after reading this book.