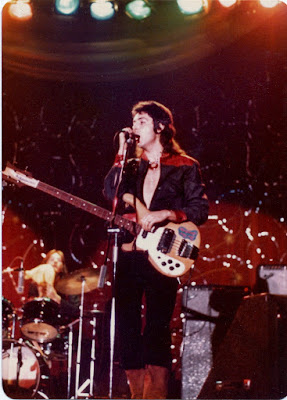 More stories about Paul McCartney and Wings Spring tour of the U.K. in 1973 from the Summer 1973 issue of McCartney Lovers and Friends.


The next morning, we left for Manchester.  It turned out to be the longest, dragged out ride of the whole trip.  Normally a 6-hour ride took 8 hours because the engine broke down!  We were sure that we were going to miss the concert.  When we finally did get there, it was about a half-hour before the show.  We jumped in a taxi and speeded off to the Manchester Hard Rock.  While we sat and worried, I happened to notice a white bus.  It was Valient Silverline.  "Valient Silverline????!!!!!"  A second later I looked up and there was Paul leaning his head against the window as if he were bored stiff.  He had on a black and red checkered jacket.  It all happened so fast, I couldn't open my mouth. I just grabbed Ann's arm and said, "Do you know I just saw Paul!?!?!" and started muttering it out.

He was going in the opposite direction, so we assumed the taxi driver was jipping us.  We merged onto a main and sure enough, just in front of us was the bus.  The taxi driver was a maniac and proceeded to pass the bus.  We were dying.  It was like something you see in the movies.  We passed the bus and Paul was resting his head against the seat, with his arms folded, looking straight ahead and sulking.  It was weird that he was just as bored with the rotten traveling as we were!

We beat him to the theatre, and just got done paying the taxi when the bus pulled in.  He sat up and looked at all the people in disbelief.  When we got in the theatre, we discovered that we had the rottenest seats in the house.  Sure, they were close to the stage, but there were stacks of amplifiers blocking our view.  We couldn't believe the theatre had enough nerve to sell those seats.  In any case, I was definitely spoiled by that time, and it was in the front or nothing for me.  so I just went and stood right in front of the stage.  The night before, his press agent had given us some "Red Rose Speedway" buttons (like Paul always wore) and stickers, and I just made like I belonged there.  I'll tell you, a Pentax does wonders also!  You'd be surprised what a 35mm camera can do for you.  Sarah and Ann stayed more over to the left -- which was good also. 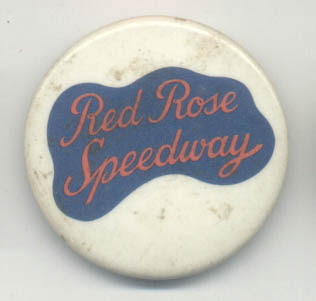 This was the crappiest audience yet.  I was the only one clapping, and I turned around and looked at the people like "aren't you gonna get up?"  By the end, a lot did, but they were really a dull audience.  Just sat there and gaped at him.  There was a girl standing next to me, and this big roadie came along and threw her down and told her if she got up again, they throw her f'ing so and so out.  Well, I figured I was next, but they looked at me and smiled.  I couldn't figure that out.  But who cares


There was another concert in Manchester the next night.  During the day, we went into the city.   We were buying some musical papers and I asked the man if he knew of any magazines with any articles on Paul.  He checked for me and said, "oh, did you know he's upstairs?"  "What?"   He then told me that Paul was in the Picadilly Hotel, which was in this mall.   Roger Moore was upstairs visiting Paul. 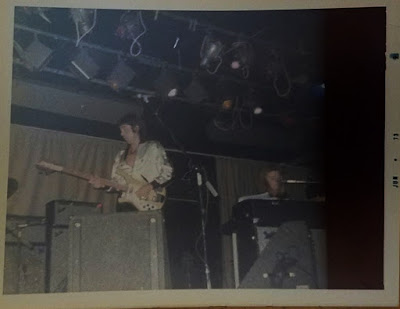 At the show that night, I again made my way to the front of the stage.  Paul change his outfit!  (shock!).  He wore a shiny gorgeous white jacket with pictures of  Marilyn Monroe on it.  At one particularly beautiful moment, Paul looked at me, opened his eyes real wide, winked, and shot at me.  (My big trill of the day)  This time, the audience was normal and everything went well.


Now, onto Liverpool.  I always expected Liverpool to be a dirty, scruffy place but it wasn't.  It was really nice there!  We all got a hotel near the theatre.  You wouldn't believe these little boys that were following us around -- real punks.  They were trying to steal things from us, but we gave them a proper warning and they left us alone.  You wouldn't believe it, they must not have been more than 7 - walking down the street smoking.

James left his jacket on the seat by mistake and they stole 100 pounds from him!  (About $250).  We had seats in the 7th row this time.  All of Paul's relatives were in the audience, including his father.  It was really great.  While waiting for the show to start, these characters were yelling out things like "Hey Macca!"  and give me a "W" give me an "I" give me an "N" and give me an uhhh oh "G" give me an S!"  W-I-N-G-S!!   Claire, a girl that used to run his club in England, got on stage with the gorilla!  The show was fantastic, and Paul said it was really strange being up on stage there because the last time he was there he was "up there" (pointing to the balcony) watching Cliff Richard.

Linda, by the way, also changed her outfit from her black dress to an orange one.  The audience went wild at the end.  Good old Sarah was there and she had forgotten to get us all tickets to the second show, but she did get some off some crook outside for $25.  Since our seats were not all together, we decided to stand up in the back (This theatre was really small, so we weren't really that far away).  We stayed there, and there were these lights on us and they could see us.  We were up there bopping around and in general, making fools out of ourselves, and once we clapped loudly for Denny and Denny said, "Thank you, girls, in the back!"   During "Say you don't mind," I decided to get myself down to the front of the stage for when Pau would do "The Mess".  I ran down and then it began.  It was really fantastic for awhile because was directly in front of Paul, who by the way, had changed his jacket again and wore the black and red checkered one.  It was really great, but suddenly about 1000 people decided that they wanted to be where I was.  I stayed right where I was, but kept being pushed against a rail.  I was sure that I would be sawed in half.  James was behind me waving flowers in the air and Paul noticed this and grinned at James first and then me.  It was like a private joke.  James threw the roses on the stage and Paul kicked them.

Suddenly, everything started going black.  I was passing out.  I couldn't breathe and I was so scared.  If I had passed out there, I would have been crushed to death by the crowd.  It was definitely the most frightening thing that ever happened to me.  I really got hurt.  There was a roadie in the pit next to me and I screamed that I was going to pass out.  He tried to lift me up, but I was so crushed he couldn't.  I don't know how I managed to keep myself up, but I did.

After the show, I was like a zombie.  I couldn't even walk and conked out of the floor.  Didn't know where I was -- nothing.  After I went hysterical for a while at the hotel, we went back to the theatre.  Oh, we heard this big roar so we knew that he had come out of the theatre or looked out the window and sure enough, we found out he stuck his head out the window.  Luckily for Paul, he got wise and snuck out by the front entrance in his rented car.  (A yellow Ford with a black top)