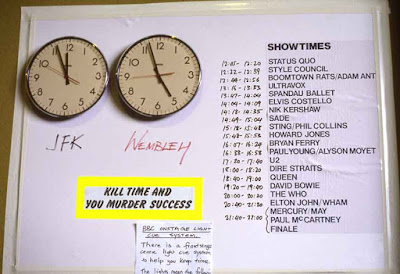 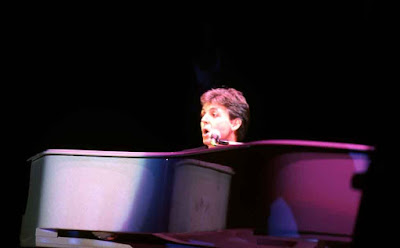 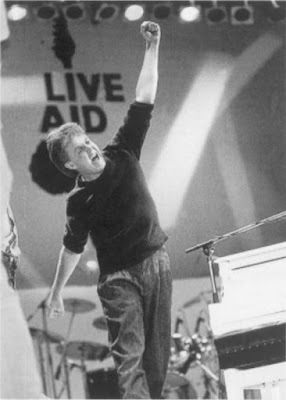 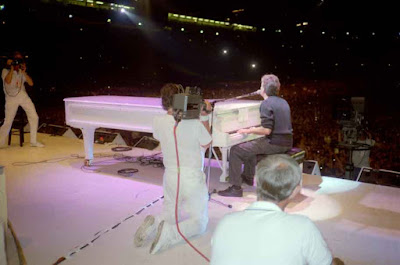 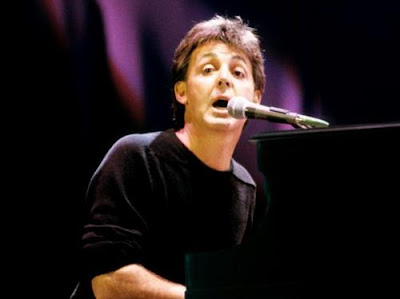 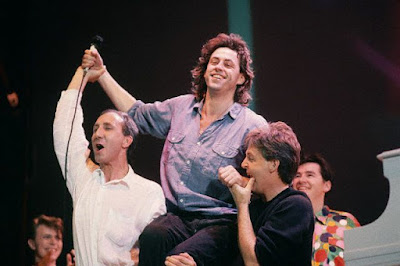 There has been a lot of talk today about the 35th anniversary of Live Aid on July 13, 1985.   If you were around 35 years ago, you will know that Live Aid was a pretty big deal.     Just about anyone who was anyone in music at the time (except for Michael Jackson) was involved in this charity concert.   It was broadcast live around the world and I think why people remember it so much is because it was on MTV with SO many major superstars.   (That is just my opinion)

It was also a big day for Beatle fans.  The 1980s had been a pretty quiet time for fans.   After John's murder, things were just sad.   But Paul McCartney came out and performed for Live Aid.  It was the first time Paul had performed live since 1979.   For the first time in so long, Paul's fans had something to be excited about.

And then the unthinkable happens.   Paul is at the piano and his microphone is not working.  For two full minutes, Paul is on live television and those watching at home cannot hear him.    It is obvious he is singing "Let it Be" because the concert-goers are singing it.   Paul looks good with a little gray hair starting to show.  Finally, at two minutes into the performance, Paul's microphone suddenly starts to work and he can be heard singing the chorus of "Let it Be."   He sounds good, maybe a little nervous, but he sounds good.   Linda was there too --- taking photographs on the stage.

Paul is seen soon after for the finale of  "Do They Know It's Christmas."    Paul can be spotted jumping up and down and dancing around during the verses with Linda next to him.   Eventually, he gets up closer and shares a microphone with Bono.

Paul didn't want the historical moment of him singing "Let it Be" to be shown again with the microphone issues.  Being Paul the perfectionist that he is,  he went into a studio on July 14 and re-recorded his vocals to be overdubbed for the future.   And that is what has been released to this day --  the first two minutes of Paul's re-recording of "Let it Be."