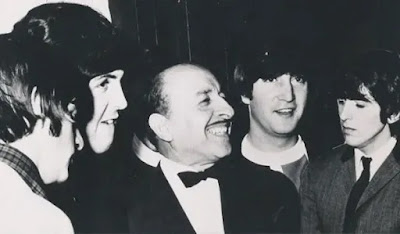 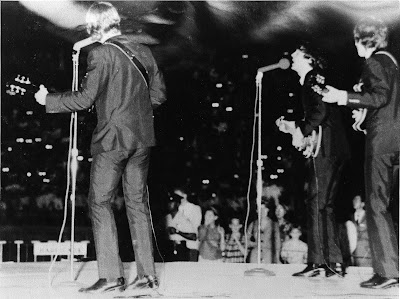 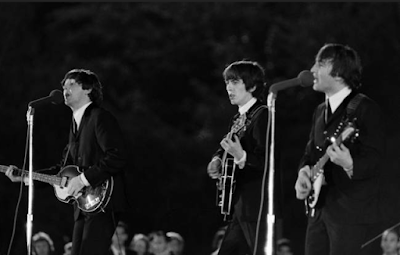 I really enjoy books that focus on a specific city on a Beatles' tour.   I wrote a book like this myself about St. Louis and I have read books about Indianapolis, Kansas City, Cleveland, Bournemouth,  Germany 1966, etc etc etc.    I am happy to add New Orleans to the collection.

Beatles Day in New Orleans is a book published in 2019 buy a new author, Steven Y. Landry.   The Beatles performed in NOLA during their North American tour on September 16, 1964.   It is one of those stops that for a very long time there was very little information or photographs to help us know what exactly happened during this stop on the tour.

Thanks to this book, we have a much clearer understanding of the insanity that was the day the Beatles were in New Orleans.   Landry interviewed the opening act, Clarence "Frogman" Henry, and Frogman's memories helped with this understanding.  This the first time I am aware of Frogman being interviewed about his time with the Beatles, so it is great that this author was able to get his stories.

There are a lot of great little stories in this book that you have never heard before.  I especially enjoyed one about Paul getting help for an earache.  There are stories from Beatlemaniacs from the time that got to see and meet the Fab 4 at the press conference as well as the mayor (who John called Lord Mayor) who had the lads sign a proclamation making September 16 Beatles Day in New Orleans and made them honorary citizens (why didn't John throw that in the fact of immigration?  J/K).   The mayor gave copies of these proclamations out to any fan that wanted one and included a photograph of him with The Beatles.  This photo has been around for a while and it looks obvious that George has been cut and paste into the photo.  Why??   Well -- we find out that Ringo, Paul, and John were in the original photograph, but because this photo with the mayor was to be printed on the copies of the proclamation, the whole group was desired on the page.  So-- a little cut and glue of a photo of George from the same press conference were used and there you have early photoshop!

A lot is also told about when the Beatles met Fat Domino (who actually didn't like the nickname Fats!--I knew it all along!)   And I discovered in the photos of them singing with Domino they are singing "I'm in Love Again."   I thought we'd never know what they sang!

I knew the New Orleans concert was crazy and fans rushed onto the field, but I had no clue just how crazy it was and just how badly some of the fans were hurt.  You have to read it to believe it (unless you were there).

There is also a section about George's stop in Louisiana during the Dark Horse Tour and Paul and Wings recording in the city of the Venus and Mars album.

I really enjoyed reading this book.  There were some known facts mixed in with some new nuggets and fan stories.  It was a lot of fun to read.   I have only seen it sold on Amazon and included below is the link if you would like to order a copy for yourself.