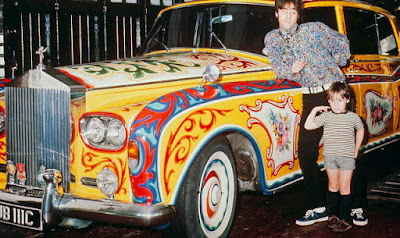 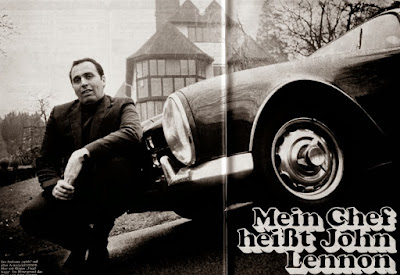 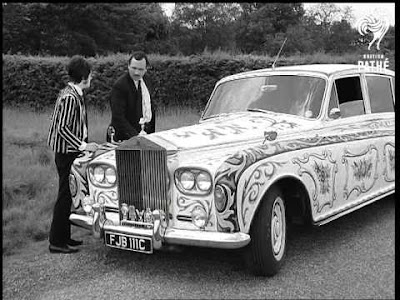 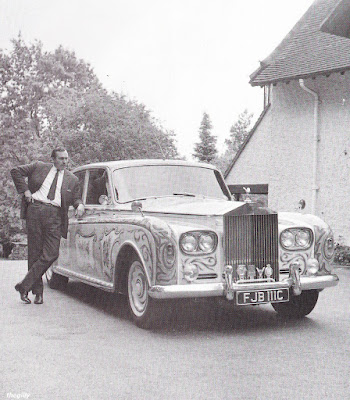 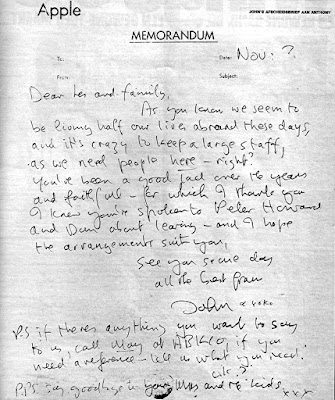 John Lennon psychedelic painted Rolls Royce has become somewhat of a symbol of the late 1960s and of the Beatles Sgt. Pepper era.   We all know that John was not trusted to drive that fancy car himself, so who drove John around in it?    Les Anthony was John's regular chauffeur.  Many trips were taken to EMI studios in this car.  Les was employed by John until John left for the United States in 1971 and no longer needed a chauffeur (see letter).

Those that knew him called him "Anthony."  Sometimes he would give fans that were waiting at Kenwood to see John and ride back into the city.  He was known for being a kind man to the Beatles, the inner circle, and the fans.

Les Anthony passed away recently at the age of 86.  Some interesting things appeared in the story about Les for The Sun


Son Melvin, 63, said: “My father had some funny times. He told me that John Lennon used to answer the door naked.
“But my father didn’t care, at the end of the day you are employed by them.
“He said it was because they were hippies and were free living.”
Les, who was 6ft 4in, became a pal of Beatles drummer Ringo Starr but did not get on with Paul McCartney “because he thought he was tight with money”, said Melvin, of Chertsey, Surrey.


I am sure you all join me in sending condolences to his family and friend.  We thank Les Anthony for driving John Lennon around because John couldn't drive very well and it could have been disastrous for him to do all the driving himself.
Posted by Sara S. at 10:16 PM