How to meet Paul McCartney (without really trying) 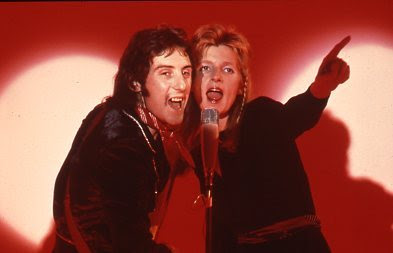 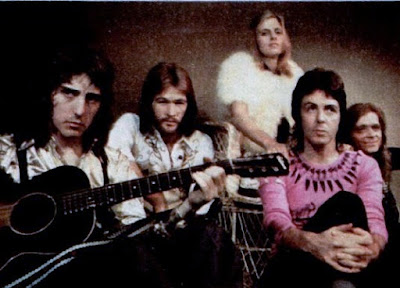 How to Meet Paul McCartney (without really trying!)
By Kris S.
With a Little Help From My Friends  Issue #4 April 1973

It appears that Morgan Studios has been one of the better-kept  However, secrets have a way of seeking us out, with no effort on our part at all; and so it was this past summer with Morgan.


secrets in the recording life of one Paul McCartney and his merry band of Wings.

On a sunny day in late August, Marla, Leslie and I were strolling “inconspicuously” down Cavendish, where we came upon two other “quite inconspicuous strollers,”  Pattie and Kathy from New York State.  An hour’s rap session led to a lifetime friendship among us (even though we found it hard to believe there as actually anyone around as much fun as we are!).
Anyway, in the midst of our conversation, Pattie and Kathy came to inform us that the previous day, they’d helped a couple guys push a stalled car down Circus Road.  When they passed Cavendish, one of the guys happened to mention that one Paul McCartney “lives on that very street!” (No!!!) And, that they’d seen one P.M., wife Linda, and their band of Wings at “Morgan Studio.”  Decided that fate had dropped this precious bit of information into our laps, we decided to join forces the following day, and seek this place out.

So bring and early (about 1pm) on Friday, September 1 (1972), the five of us met on the corner of Cavendish to begin our search.  Luck apparently decided to accompany us, for we managed to find the right Tube stop (thanks to Marla!), and there, a guy who knew where the studio was and put us on a bus; after which a kindly little old lady lead us through a maze of residential streets and right to the door.

And there was Morgan Studios --- home base for an impressive list of rock stars, which includes Rod Stewart, Cat Stevens, Led Zeppelin, Lulu, the Bee Gees and the Kinks (not to mention the occasional Wings’ session), located in the middle of a residential neighborhood and on two sides of the streets.  Quite casually, Marla and Kathy strolled inside and inquired if McCartney or George were booked to record and staggered out seconds later:  Yes indeed, McCartney and Co. were to record that very day!  Wings were already there and the Macs due shortly!!

We crossed over to the left side to wait-  in time to see the Wings emerge from the building.  “Left”  (or Henry!  These Wings get very confusing when you get them all together!  So we designated them as “Left,”  “Right” and “Other Right.) wearing the very overalls they wore on Flip Wilson and a strange-looking four=cornered hat, which quite reminded one of a jester’s cap!  They seemed a bit surprised to see us, but we remained “coolly unimpressed” as they started across the street and went on the other side.

Meanwhile, we were “discovered” by some of the neighborhood kids (three little girls named Sharon, Diane, and Jane), who were more excited over the “American girls” than the fact that McCartney was coming.  They didn’t even know who he was until we put “Beatle” in front of his name!  (they informed us they were “ardent” Donny Osmond admires!)

So we passed the time talking to them, and bustin’ up over that accent coming out of such little kids.  It was nearly 4pm when Pattie cried, “There he goes!”   Sure, Pattie.  “No..really he did, down the main road!”  And minutes later, there he was flashing by in that gorgeous fire-engine red Lamborghini, smiling when he saw us.  He marked up the street (he parked a $15,000 car on the street?!) and Linda went over and said something to him before they started down towards us.  We were determined not to react, and “ignored” them and kept talking to the kids, watching him out of the corners of our eyes.  He looked fantastic in a green jacket and pants, and a yellow shirt with his hair combed back.  He kept looking at us like, “Well, I’m here!  Aren’t you going to do anything?”  Linda was dressed neatly, all in white, with a feathery orange cape (and she wasn’t hanging on him!).   I think the fact that we barely even looked their way both puzzled and amused them and when they finally did get close enough, McCartney, with a big smile said, “Hello,” to us first, then added a “How are you?”  Linda smiled and gave us a friendly “Good morning,” and we greeted them just as cheerily back as they went on into the studio.  As soon as the door closed behind them, Marla let out a cry of triumph and declared, “Chips and Cokes for everybody!” while the kids innocently inquired as to “who that man was?”

And so we spent the afternoon parked out on the sidewalk, while “our” kids increased in number from the original three to at least a dozen.  Every once in a while,  “Right” would wander out and cross the street, casting curious glances in our direction.  We played games with the kids, told them stories, let them take turns singing songs and reciting, and put Kathy’s eyeshadow on them.

We’d just finished a rousing chorus of  “Ring Around The Rosie” when I encouraged Marla to teach everyone a song she’d learned that summer from the co-director of the city preschool program, she’d supervised.  It was called “Little Rabbit Foo Foo.”  The kids and Pattie and Kathy loved it and we sang it over and over again.  So here we all were, in a big circle on the sidewalk; I was facing the studio, Marla on my right sitting sideways to it; Pattie on my left across from Mar, and Kath and Leslie with their backs to the wall, kids on top of us and between us, all of us singing lustily away.  And then the studio door opened.  Out came 1 Wing --- 2 Wings --- 3 Wings – and then behind them McCartney and Linda!  It was a moment before we all realized they were there, and then all five of our voices cracked simultaneously.  The kids, oblivious as ever, kept right on singing and we kept right on singing with them with a supreme effort of will not to laugh – which Paul did!!  He took one look at us all and busted up while Linda stood and directed us.  All I remember thinking is “Dear God, please let me remember the words.”  It was right at the pact that goes “turn you into a goon” accompanied by a horrible face.  They finally tore themselves away and went on across the street for dinner, looking back once or twice to make sure we were for real!  We collapsed in hysterics.
When they came back half an hour later, he paused on the step, grinning, and inquired, “What’s the lot of you doing?”  Then Linda asked, “Is this a school?”  “Yea!  It’s the Morgan Studio Day Nursey,” we told them.

After they’d gone in, we figured they’d be good for a few hours at least, so we went to grab a fast bite to eat at a nearby Ham and Egg restaurant.  to our collective amusement, we found when we came out, that a couple of the older kids had followed us and were waiting for us outside  We went back to the studio, whereby this time, most of the younger kids had been claimed by their mums or gone home for dinner.  We sat exchanged spooky stories about UFOs and time warps and such until the Macs snuck up on us again about 10:30pm.  They came out, arm in arm, and said, “Watch out, they’re still here.   You’re gonna get cold.”  (We thought that was very sweet).

Laughing, we called our goodnights as they started up the street; and the next thing I heard was Marla’s voice,   “Hey! how about a lift to the Tube station?”  When he half turned, we all froze, but they kept on going and we busted up (After all, where would you put 7 people in a 4 seater car?)  Just to bust him, we decided to cross over the main road, and stick out our thumbs when he came by.  Minutes went by, but no McCartney, which we couldn’t figure out as we hadn’t even seen him pull out of his parking space.  One of the older kids who lived on the street was still with us, so we courageously sent her to check it out, only to find he was gone!

This didn’t diminish our enthusiasm however, for it had still been the most unforgettable day of our lives.  As we started towards the bus stop, we saw “Left” emerge from the studio across the street, and get into his van.  Unlike the Macs, he turned around and pulled out onto the main street.  So we stuck out our thumbs as he came by and nearly fell over with shock when he stopped and picked us up!  Nevertheless, we clambered gracefully aboard, voicing our thanks; Kath, Marla, and I slid into the front beside him.  He started off with a jolt that threw the three of us for a tumbling backward with broke us all up.  Once we got ourselves back together, we politely inquired if he were “A Left Wing or  A Right Wing” which served to amuse him anyway.  (I’m sure he was already convinced we were crazy!) He was sweet as could be, and even a little shy.  He told us they hoped the album would be ready by Christmas, and that the sessions were going very well.

He took us as far as Kilburn, holding up traffic for half a block as we all piled out as gracefully as we’d gotten in; then yours truly (Miss Coordination Plus of ’73) was embarrassed to death when my purse dumped in the front seat!  I grabbed frantically at things while Henry patiently assured me he’d save anything I left behind.  Then he was gone….