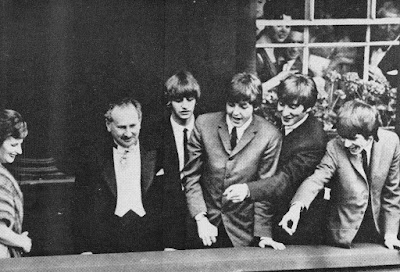 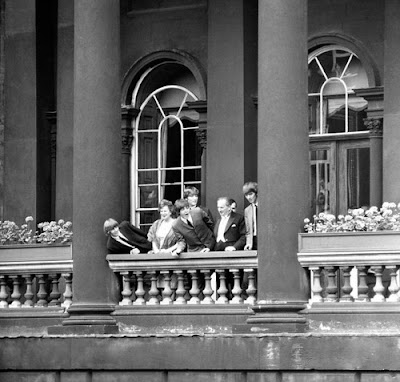 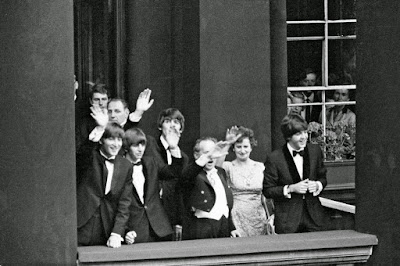 Because  I donated money toward the Brian Epstein statue,  I was sent a copy of a new book titled Brian Epstein 1964 & the Beatles:  The Year that Changed the World.

It is a fairly quick read and is full of photos and documents pertaining to the Beatles and Brian.   It goes through the year of 1964 and Brian's involvement in getting The Beatles on the Ed Sullivan show and the other important events that Brian organized during the year.

The entire book is leading up to the Beatles Civic Reception in Liverpool in July 1964.   It all began in early February 1964 (before the Beatles even went to the United States) when a City Councilor contacted the Liverpool Lord Mayor and suggested having a civic reception for the Beatles because they were bringing a lot of attention to the city.   From there the Lord Mayor wrote to Brian Epstein with the suggestion.   Brian had a positive response, but the Beatles were so busy with going to the United States, making a movie, recording a new album and then a world tour that there wasn't any time to squeeze in.   The book includes all of the correspondence between the Lord Mayor and Brian with Brian coming up with the idea of holding the reception at the same time as the Northern premiere of A Hard Day's Night.


All of the documents included in this book pertaining to the reception are very interesting.  I really liked seeing the personal guest list of the Beatles.   Paul invited the most people (but then he did have a large family in Liverpool).   On Ringo's guest list was none other than Freda Kelly.    I knew Freda was at the reception, but I thought since she was such an important person with the Beatles Fan club and she lived in Liverpool that she would automatically be invited.  Nope.  If Ringo didn't add her onto his personal guest list, she wouldn't have been inside.     I enjoyed reading a little bit about The Chants.  They were the only Mersey Beat group that was invited.    The parts about the reception and movie premiere were really interesting and I learned a few new little things.

The book should have gone through an editor one more time before it was published.  I found quite a few typographical errors, which distracted me some.   Much of the beginning of the book will be well-known information for all Beatle fans.

The documents pertaining to the Liverpool reception are worth the price of the book, plus by purchasing this book, you are actually donating to the Brian Epstein Statue fund and what Beatle fan can't stand behind the fact that Brian deserves a statue?