There is a video on Youtube called "Broadway and 88th St NYC -1971"  This little film is a time travel back to New York City in the early 1970s shot by Nicolas West.  He says, "When I was a teenager I took my movie camera down into the middle of Broadway in New York City (I grew up there) and filmed the neighborhood."


His film shows the shops around the areas while cars drive by and people walkabout, doing their business.


Among the people walking around, there is a couple that looks a lot like John Lennon and Yoko Ono.  You can spot them at :53 seconds into the film.     West says, "What I didn't realize at the time was that as I was filming, John and Yoko walked right in front of me. You can see them crossing from right to left starting at :53 seconds into the film. This was 1971, they had just moved to New York and were living in the Village, but spent a lot of time in my neighborhood because there was a macrobiotic restaurant there, Souen, that they loved."


Of course, being the Beatles nerds that we are, this information can't be taken at face value.  Is the question is:  do we really see John and Yoko walking casually in this homemade film?    I want it to be them.    I love the idea of things being just as John said about how he can walk around the city and people don't bug him. 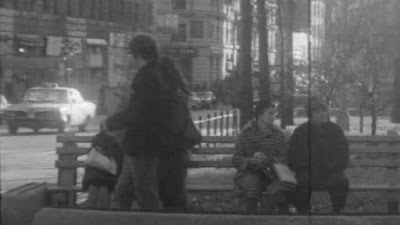 Here is what a Lennon friend and I found out:

Here are  photographs of John and Yoko from early December 1970 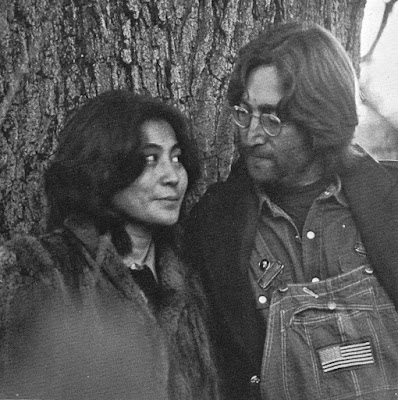 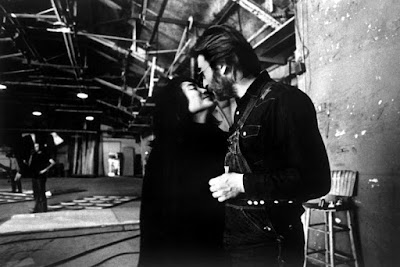 I really can't' decide what my final decision on this is.  I keep going back and forth.   On the one hand, it is possible for it to be them because they were in New York City at the same time as those films were being shown.    The jacket looks sort of like the one John is wearing.  One the other hand. why would they be carrying what looks like groceries far from where they were located?   You really cannot see the woman in the shot.   Everything is so grainy on these old films that it is hard to make out details.

So we thought we'd throw it out to you -- the Lennon fans of the world.  What is your take?