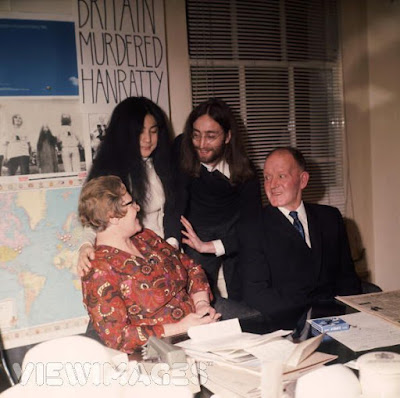 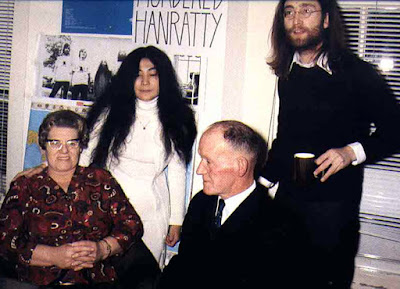 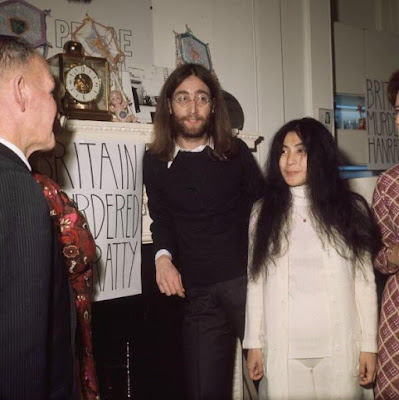 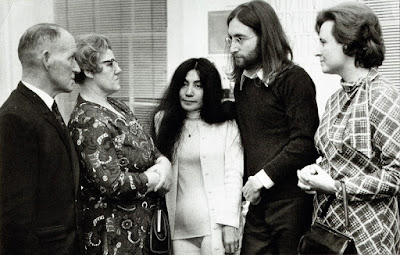 James Hanratty was convicted and hanged for the 1961 murder of a man, Michael Gregsten and raping his mistress, Valorie Storie who also was shot and left paralyzed.      Even though 14 witnesses said that he was 250 miles away from where the crime took place, Hanratty was still found guilty of the crimes and was hanged in 1962.    The controversy over his hanging lead to capital punishment being abolished in England in 1965.

The night before he was executed, Hanratty told his family one last time that he was innocent and asked that they clear his name.    His mother and father and brother worked diligently to do just that.
In their quest for answers, they met someone that got them in touch with John and Yoko.   The couple was interested in the story and wanted to make a film about it.   The met with the Hanratty family on December 10, 1969, to announce the film and protest the hanging of James Hanratty.
Posted by Sara S. at 9:48 PM