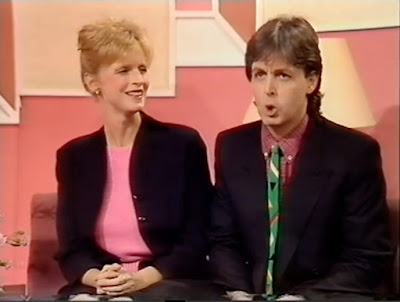 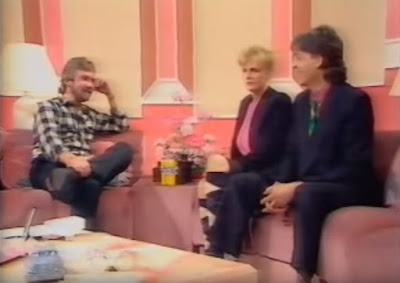 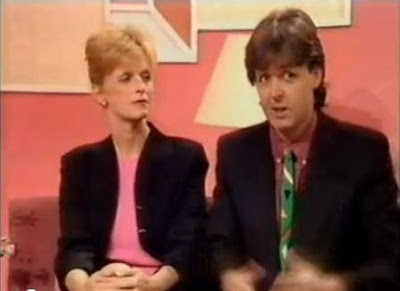 On October 29, 1983, Paul and Linda appeared on a British show called "The Late Late Breakfast Show."    The program was originally supposed to show the new video for Paul and Michael Jackson's song "Say Say Say."    Let's face it -- it was 1983 and "Say Say Say" was an awesome video and everyone should see it.    However, programs in England had some rule that they didn't show promotional clips for things that are slipping down the charts.   The video for  "Say Say Say" took longer to produce or something happened and it was out after the song had been on the charts.

Paul was unhappy about this and there was some back and forth and eventually a compromise was made that the program would show the video only if Paul came to the studio and did an interview.   This was the first interview like this that Paul had done in 10 years.   When you watch the interview, you can sort of get the feeling that Paul was ticked off.   He came across as his normal chipper self, but with a little edge to him.

What makes me laugh is that Paul is wearing that strange green tie that he wore to his brother's wedding and the guy doing the interview is wearing the same shirt Paul would wear a year later when he was promoting "Broadstreet"
Posted by Sara S. at 10:30 PM