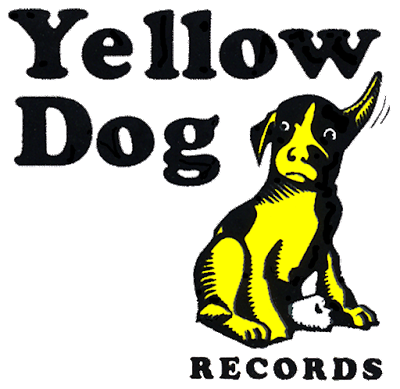 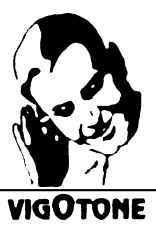 If you recognize these two graphics and they have put a smile on your face,  then Belmo's Beatleg News (the Complete Anthology)  Volume 2 1994-2001  by Belmo is the book for you.

This book is primarily all of the Belmo Beatleg Newsletters that were published between 1994-2001.   Starting in 1987, Belmo put out a newsletter with reviews of the latest Beatles Bootleg records, information about upcoming releases,  photos of topless women and various interviews that dealt with Beatles bootlegs( aka Beatlegs).    This newsletter was well received among fans because it gave out good, honest information but didn't take itself too seriously.     It ceased in 2001 and Belmo wisely decided to reproduce all of the old newsletters in a two-volume set of books.

I purchased Volume Two to start with.   I personally started buying Beatlegs in 1994 and was heavily into buying, trading and discussing Beatlegs in the late 1990s and into the early 2000s.  The second volume of the book fits right into what I remember.    I also wrote a short article for this volume of the book, so I wanted to have my name in print in my collection.    I do plan on getting Volume One (19878-1992) in the near future.

I was never a subscriber of Belmo's Beatleg News, although I should have been.   I think it would have saved me quite a bit of money from buying terrible Beatlegs.    Either I was not aware of the newsletter at the time or thought I couldn't afford it.   I do have some copies that I have gotten over the years after the fact, so I was familiar with the newsletter.  If you ever subscribed to Belmo's Beatleg News, I am sure you'd really enjoy the book.

For me, as a former Beatleg a-holic, reading through Volume 2 was a trip down memory lane.  It had been so long since I had thought about the Great Dane BBC box set that was THE best BBC bootleg known to man.   I loved reading the review about it.   I also had forgotten about the Artifacts box sets, which were the pre-cursor to the Anthology series.  I had a  boyfriend at the time they were released that had a lot more money than I did in those days and he copied his Artifacts discs for me.   Great memories!    I have always been a big fan of Vigotone's label and remember being called "Vigo-girl" as a joke.    So many great titles that I know I have packed away and I need to dig back out.   I haven't listened to my John Lennon bootlegs on the Vigotone label in at least 10 years.     There are many little gems tucked away in the newsletters reproduced in the book.   One I discovered was an article written by a guy that talked to Alf Bicknell directly about the tapes he auctioned off in 1988.   I found the story behind those tapes to be fascinating.

Most of the book is taken up by the reproductions of the newsletters, there are also some new articles included (such as the one that I wrote) and an interview with Mirror Spock.

The book itself is a little pricy ($45).   That is why I didn't buy both volumes at the same time, but it is worth the price because there is so much information in the newsletters.   Unless you subscribed and still have all of your back issues, there is no way you'd be able to find all of the issues of the newsletters for a cheaper price.

If you never collected Beatlegs and have no interest in them, then this book will confuse and bore you and you might as well skip this one.  But if you part of the Beatles underground back in the day, you need this for nostalgia if nothing else.


(This review is not an ad.  However, if you decide you want to buy this book and use the above lilnk to Amazon, this site gets a very small percentage of the sale, which goes towards the yearly renewal fee for the site)
Posted by Sara S. at 12:37 AM