In Memory of Shawn Inman 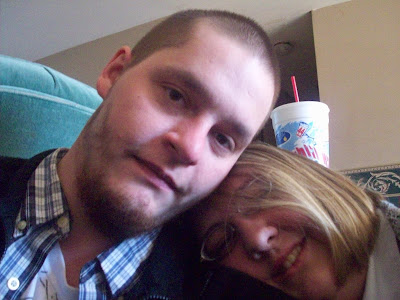 The biggest supporter of this blog wasn't even a Beatles fan.   One month after I started this site, I met Paul Shawn Inman and we started dating.   I was pretty surprised when we first met that he really had no clue who The Beatles were.


My boyfriend passed away on February 8, 2019, unexpectedly.    I want to take a little time on my blog to honor him.

Shawn was my #1 fan.  He would have been my #1 fan no matter what I did.  He was the type of partner that was supportive of anything I did.   I wanted to travel to England, he'd help me pack.  If I wanted to be in a play, he would help me memorize my lines.  If I wanted to see Paul McCartney in concert in Iowa but didn't want to drive by myself, he kept me company in the car.  So when I wanted to write a book and had doubts about it, he was my cheerleader and told me, "If anyone could write a book about The Beatles, it would be you!  You have to do it."     So in late 2013, I started writing "Happiness is Seeing The Beatles."    I got discouraged so many times along the way and Shawn was right there telling me that I could do it.    I remember one time he told me, "No -- you are right.  You can't write a book.  You better give up."    I started crying and he felt so bad!  He was being sarcastic because I had been asking him SO MANY times if he thought I could do it.     If you have a copy of my book, you will see that I dedicated it to my parents and to Shawn.   Now you know why.


Shawn was my "behind the scenes" guy.   He was helping me load books into cars, pack up books in luggage, get more books out of the garage.   He was helping me find my Sharpie to sign books and carrying packages to the post office to mail.    When it came to this blog, he was the person that would say things like "It's Wednesday, shouldn't you be writing a review?"    The pattern of posting for this blog was because of him.    I post Sunday-Thursday nights, five photo/stories each night and took Friday &Saturday off from the blog to spend the evenings with Shawn.    He sometimes carried my cards with the blog name on it with him in case he met someone that liked The Beatles.   He would tell people he chatted with on the RPG online that he played that his girlfriend "Has the best Beatles blog in the world."  And the one that I always would shake my head, but he said it ALL the time to people, "My girlfriend is one of the top female Beatles historians in the United States."

He never understood my passion and love for The Beatles.   I guess he never needed to understand it.  He just knew that it was important to me.   However, it was funny that he caught some of the more odd Beatles facts and would repeat them.   He knew that one time Yoko stole George's biscuits during a session, but he didn't know the name any Beatles albums.    He usually listened to pop music on youtube while he was gaming.  One time I heard a familiar sound coming from the speakers.  He had discovered "We Can Work It Out" and really liked that song.   He finally had a favorite Beatles song.

Without a doubt, I am going to really miss Shawn.   It is going to take me a very long time to accept what has happened and be able to find a new normal.   One thing I know for sure:  one of the ways that I can honor him is by keeping this site going and finishing the fan club book I have been writing.  I am sure that he wouldn't want me to stop doing the things he always encouraged me to do.   It won't be the same without my #1 fan.

Thank you for taking the time to read this memorial.

Email ThisBlogThis!Share to TwitterShare to FacebookShare to Pinterest
Labels: It's my blog and I will post what I want to, RIP, Sara's life