Here is a nice fan story about meeting Apple artist, Mary Hopkin.  It was from the November 1969 issue of Datebook magazine as part of their "Teens Interview" column. 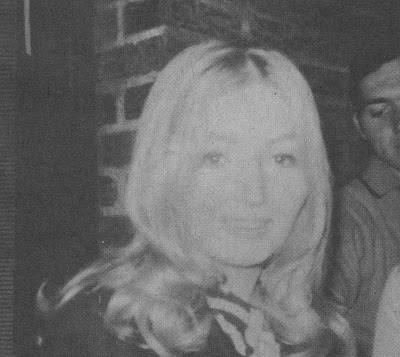 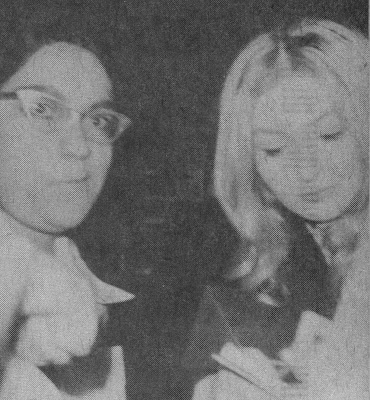 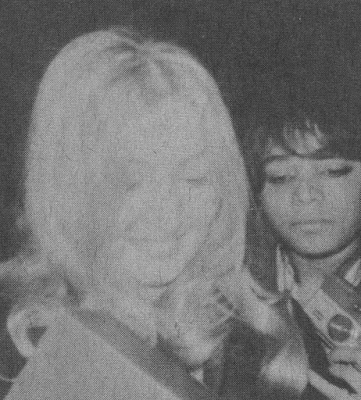 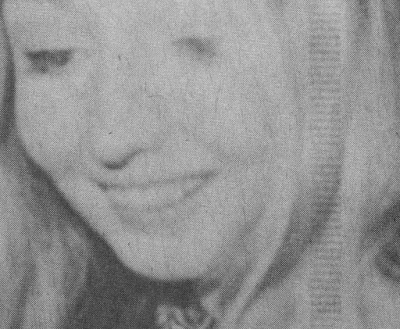 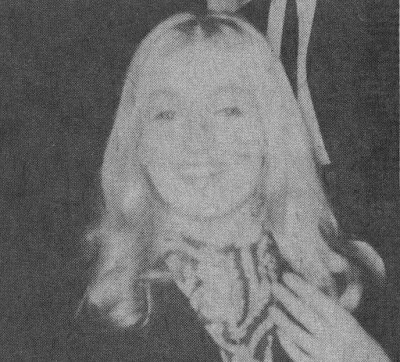 Mary Hopkin exits from backstage of the Ed Sullivan Theatre in all ebullience.  Her eyes are liquid sapphires; her teeth are of sparkling ivory; her lips, red, soft and shiny bedazzle her perpetual smile.  Her hair, longish and poetic, gloriously contours her pearly face with the radiance of flaxen gold.  She is petite, almost delicate and hauntingly reminiscent of a porcelain figurine.

Like bees around the fairest orange blossom, the crowd swarms around the legend form Pontardawe for a glance, a touch, and perhaps an autograph.  She is graciously obliging, blushing now and then at compliments.  This fact has not been overrated.  Blushing just happens naturally with Mary Hopkin.  Cameras flash here and there as Mary gracefully evades the embrace of an old man.   she is courteous to all, taking great pain to sign each and every piece of paper.  She is not enerved or impatient.  One gets the impression that she understands how much this means to a far:  she's been through it herself.  All around her are delightfully amazed, "How beautiful she is!" exclaims a middle-aged woman.  "She's cool!" acquiesces a long hair fellow.  Someone tells her how great she was on the show.  "Oh, really?  Thank you!" replies Mary as she signs another autograph.  She is doing well considering the fact that her arms are laden with her guitar and valise.

Meanwhile, her manager, Stanley Sharrington, tries to call her attention to the fact that almost half an hour as gone by and she has a busy schedule to keep.  So Mary Hopkin attempts to slip by unnoticed; but then, a group of hippies spot her and have something terribly important to tell her.  She is delayed once more.  Finally, her manager invites them to the hotel.  There is no big limousine waiting, no security.  Mary Hopkin carries her instrument herself and walks up Broadway and Seventh Avenue in the most natural manner.  There is no sophistication about her.  She is not a put on.  Mary Hopkin is for real.

A few days pass by and Mary Hopkin begins her engagement at the Royal Box of the Americans.  She finds the atmosphere of the club a bit frightening.  "They're right on top of you... I'd rather just be sitting in the audience and have someone say, 'Oh, come on, Mary, sing something!'"

Mary Hopkin insists that she still is the same ordinary girl she was before it all happened.  It all began when a mysterious telegram arrived from London asking Mary Hopkin to call a Peter  Brown, collect.  He turned out to have been Paul McCartney, after all, asking her to come to London to record.  The rest, of course, is history.  The fact that she is everybody's darling is somewhat of a surprise to her.  "I don't deserve it...I'm just an ordinary girl who likes singing."

The only thing ordinary about Mary Hopkin is perhaps her childhood.  At fourteen, she received her first guitar from her grandmother, took an interest in folk music and made a fifty-mile journey every Saturday to take singing lessons in Swansea.  She later became the vocalist of a trio of neighborhood boys.  ("I wanted to save enough money for a trip to Scandinavia.") When the trio broke up, they urged her to go on her own, and she did continuing to play in the Working Men's clubs in Cardiff, a Welsh town, risking expulsion from high school.   She left in her last year, anyway, because with an Apple contract in hand, the dull facts and figures of music and English classes we no longer relevant to her future.  "I never go the beauty of them," she explains.

So time runs short and the rest of the interview cannot possibly be scheduled.  The Hopkin family arrives to New York on Friday, June 13, and of course, Mary's time is taken up showing them the town.  In the faint hope of continuing the interview in spite of all, you present yourself on the floor of the Hopkin suite at 11:30 pm on Tuesday evening.  They are all out.  Just when you are about to give up hope, the elevator door opens to reveal Stanley Sharrington and Carol Hopkin, apparently coming from a festivity of some sort.  He recognizes you and greets you, apologizing you and greets you, apologizing for any inconvience you might have had.


Carol Hopkin looks on with an air of bewilderment.  After introductions, she excuses herself, "I have some packing to do..."  you ask her if she would like to pose for a picture.  She politely refuses.  "I'd rather not.  Mary's the one with all the talent.  I don't even sing!"

One cannot notice the quite composure about her, too.  She exits.  Mr. Sharrington explains that Mary went to a show, but that she should be up any minute -- and then excuses himself too; he has some packing to do.  Finally, Miss Hopkin appears.  She smiles.  you know that she is tired and to force an interview on her now would be a crime.  She appreciates the fact that you don't and invites you to interview her on the way to the airport.  To disturb her so early the next morning is out of the question.  So she promises the interview in September when she returns to New York after having toured South America and Japan.  you thank her and say goodnight.  you wish her the best.  But then, what else could you wish Mary Hopkin?