MTBFR 10 year flashback: The Best Day of my life (repost)

2019 marks the 10th anniversary of Meet the Beatles...for Real.     I have some special things planned to mark the big day.   For the next 10 Thursdays, I am going to dip into the files and post some of my favorite Beatles stories that haven't gotten very much attention over the years and I think need to be looked at again.

The first one was originally posted on August 9, 2009.  It is the story of Pattie Emerson meeting George at Kinfauns.   It was found in a 1969 issue of Datebook magazine. 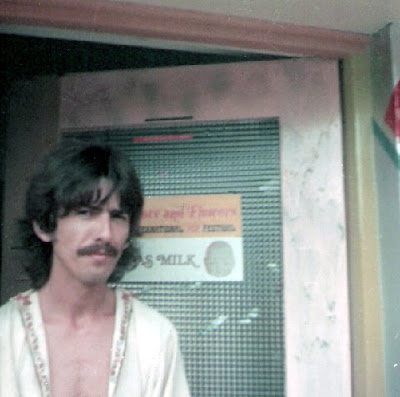 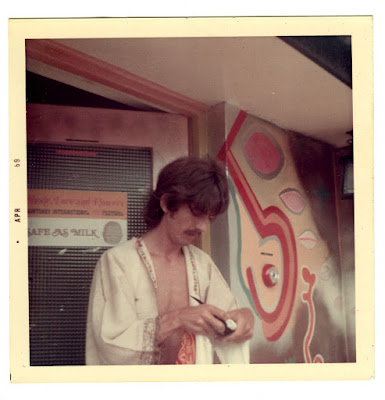 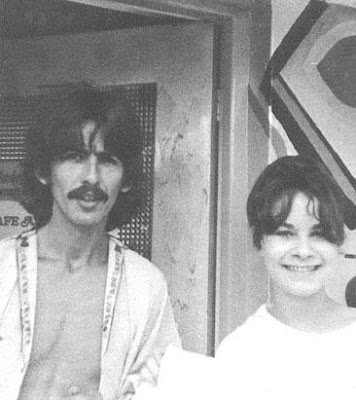 The Best Day of my LifeBy Pattie Emerson, 14, McKinley Junior H.S.Flint, MichiganMonday, July 31, 1967, was the best day of my life. That day I met George Harrison. Wendy, Betty and I planned this excursion to Esher for quite awhile. All of the Beatles were supposed to be Athens. You should haveseen us when we read that George and Pattie had landed in London the day before!We arrived at George’s house at about 10:30, took pictures and movies, and bashfully went to the front door. Betts and Wendy saw someone walk by inside. I was too busy taking movies through the mail slot. Iknocked almost inaudibly on the door and Pattie answered. We asked about George and how her vacation in Greece was. She had just gotten up and wasn’t dressed, and kept hiding behind the door. She said we should come back in the afternoon when George would be there. We asked if he would mind and she said, “oh no!” She was very nice. We then went to John’s where we had to stare down with the gardener. We were taking pictures and movies while he was inside asking permission for us. He said John was to be away three weeks so I left my book of poetry with him along with a hurried note to John. (John was home that night. Someone there told us a lie!).We then left John’s for Ringo’s. When we started to walk towards the backyard via the flowery wall, a woman knocked from an upstairs window, motioning for us to leave. So we did.We ate lunch at the Bear Inn in Esher (where I had trouble eating knowing we would meet George that afternoon).We arrived back at George’s a little before 3:30 and stood at the door, waiting for something. We saw George walk past the window, heard him cough and the telephone ring. Then we heard the clock strike half-past. Reading the sign, “doorbell push”, I did and out popped George. I wasn’t scared, but I said, “Do you want to make me cry?” for lack of something intelligent to say. And George replied thoughtfully and seriously, “I don’t want to make you do anything.” That did it. I no longer thought of him as George Harrison, famous person, but as a friend, which he is. He talked to us for over three-quarters of an hour about religion, love, life, music – everything. He said he enjoyed talking with us and he wished he could spend some time with everyone in theworld.I gave him some beads and the Sgt. Pepper handshake – well never mind. I took movies of George doing the Charleston with my beads.I’ve never met a man so intelligent and understanding. He seemed to have the answer for everything. He was very funny too. He laughed when I told him I was taking TWA home the next day. I found out the next day he left London for the States at the same time on Pan Am. He recommended a book for me to read, The Autobiography of a Yogi, which if you find it (which isn’t likely) please sent it to me.George’s front door is a riot! So is the whole house! There are little clippings painted on like “do you want to play like the pro’s?” and “those who enter must beware” and “Front Door”. His living room is whatI’d call Indian Modern. It’s pretty anyway! There was a big white teddy bear on the sofa and beautiful things all over the place. Another surprise was the laundry hanging on the line. I guess they don’t’ have a dryer.I can’t explain how nice George was. He just talked to us like old friends. He made me realize so much about the world. I’ll never forget him or what he’s done for me. I love him like he loves me and everyone else in the world. He really does. This isn’t just something he says. He believes it, and talking with him made me realizethis.When we left he said, “Be seein’ ya!” and he meant it. He will. Maybe next year, I hope because I just have to visit this wonderful man again.
Posted by Sara S. at 11:01 PM