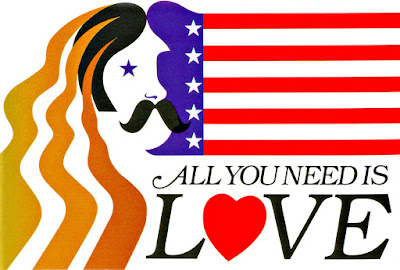 In 1977, filmmaker, Tony Palmer released a documentary about music that he called "All you need is Love."    Part 14 is called "Mighty Good" and it is about The Beatles.    I decided to watch it on Amazon Prime this weekend because it had a terrible review.    I thought it might be good for a laugh to watch a terrible Beatles doc.    And while this isn't a great film, it does have quite a few amazing moments.


It goes through the basic story of the Beatles.   The Cavern, touring, blah blah blah -- we know the story.    Strangely an extremely long period of this film isn't even about The Beatles, but about hippies and love-ins.   There is way too much footage shown of half-dressed hippies dancing around with painted things on their tummies.


What redeems this documentary is not the story or the Beatles footage, but the interviews conducted by Tony Palmer.    Many of the interviews were done in 1968 but others were from the mid-1970s. 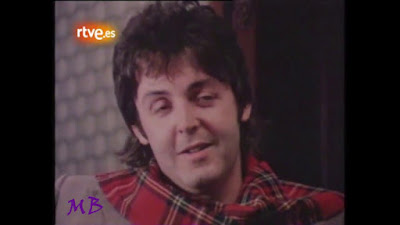 You get an interview with Paul, where he is wearing the red plaid scarf he frequently wore during that time period.      You also see some interview clips from Alan Williams,  Derek Taylor and George Martin from the 1970s.


The real gems are the ones from 1968.    You get a "blink and you miss it" short clip from Ringo and another from Paul.    But the real treat in this film is the 1968 interview with Queenie Epstein.   This is the ONLY interview Queenie ever gave on film and so it is your only chance to see and hear her.   And---- I now know where they get the character that was Leggy Mountbatten's mother in The Rutles.  I expected to hear Queenie say something about how it was "the trousers."    But no--- really Queenie's interview was so touching and must have been so difficult for her just one year after her son's death.    I really think this interview needs to be preserved in a better place than this somewhat lame film.     Someone needs to take out these little nuggets of interviews found in various places and put them into one film that tells the Beatles story through first-person interviews. 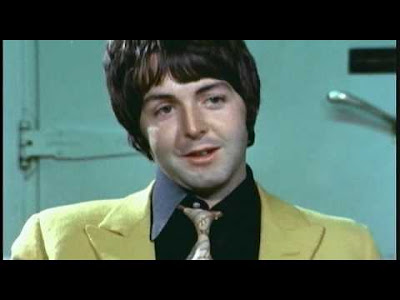 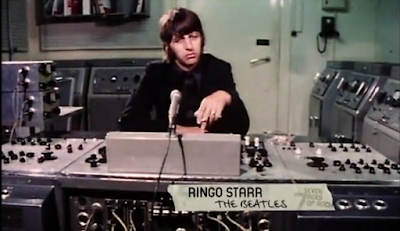 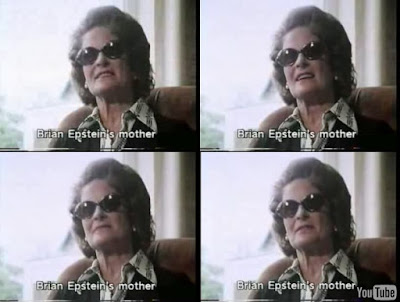 There really isn't any reason to watch this short documentary, unless you are bored or you want to see Brian Epstein's mum.