The two sides of George Harrison

I am pretty sure that I have shared these stories before, but I never realized that they happened on the exact same day.   I figured I would share them as I found them in the August 1969 issue of the "Beatles Rule" fan club newsletter.  This story takes place on Sunday, August 3, 1969 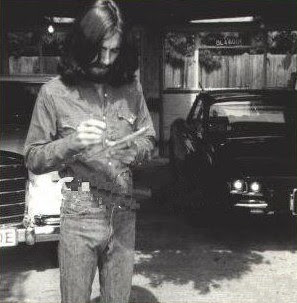 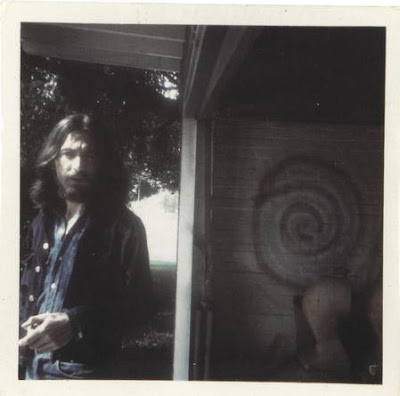 Geroge  at 4pm at Kinfauns by Sue B.


One of our German friends was sitting outside.  He said the chauffeur told him, George wouldn't but up until 4, so I went and talked to Terry Doran.   Then a girl and her brother drove up with something to give George.  Terry brought it in.   A few minutes later George came out, said "hello" to the girl, then he looked at me, smiled and said, "and what are you doing here?"  I said, "Oh, I'm just lurking about."  Then the  German came running up with a camera and autograph book.  George talked to him in German.  I asked him if I could take a picture, he said "sure."  I asked if he had been recording by himself on Friday night.  He said he was re-mixing tapes for their new album.   He said, "Make sure you tell all your friends about it."  I asked if Pattie was home and he said she was in Paris modeling for the fall collection (however she was in the car with George later that evening).

I was so hot and thirsty that I asked him for a glass of water.  He said, "Sure, come on in."  We walked up the lawn and I  asked who painted the outside of the house.  He said he and a friend did it.  He went over to the refrigerator and asked me what I wanted:  apple cider, orange juice, milk, water, etc.  I really didn't expect all that so I said I'll take anything as long as it is wet.   So he took out a can of orange soda.  I thought he would have an electric can opener,  but instead, he took off the whole top of the can with a regular one.  Why not punch a hole in it?  It was really funny.  There he is struggling with this can and I'm just standing there next to him like I'd known him for years.  He poured the soda into one of the tallest glasses I've ever seen.  I never drank so much in my life!   You know, I thought I'd be scared silly, but I felt perfectly natural in there.  I couldn't believe he was so human and nice and natural.

George at 7pm at Kinfauns by Barb F.

It was about 7:00 in the evening when we arrived at George's house.  We talked to Terry Doran, who seemed to be minding the house while George was out.  We started to leave but decided to go back up to the door and ask Terry if we could stay and wait for George to come home.  Just as we were going up the driveway, we heard George's car coming up from behind us.  So I stopped, and so did George.  I wasn't quite prepared for what happened, I mean I didn't expect him to do a song and dance because we were coming up his driveway but to yell at us right off the bat was a little uncalled for.  Anyway, I was quite upset.