A family in mourning 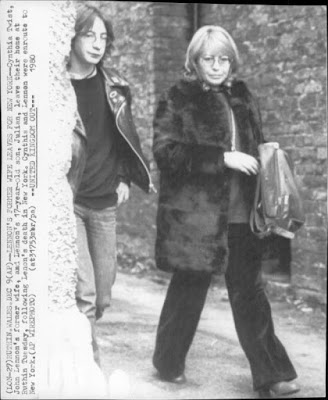 Julian and Cynthia right after hearing the news about John's murder.   Julian flew to New York to be with his brother.    When Yoko sent out the message to everyone, she signed it Yoko and Sean.  Julian was there with her and was angry that he wasn't included in the message as well.    John was his Dad too.
Posted by Sara S. at 2:46 PM