50 years since the wildest Christmas Party ever

I am sure that many of you went to various Christmas Parties this weekend.  And while some of them might have been a little crazy, I sure hope none of you experienced the craziness of the Christmas Party held at 3 Savile Row 50 years ago today.

Apple decided to have a Christmas Party on December 23, 1968.   The party was to have two parts.  At 2:30pm there was to be a children's party.   I am not sure what children exactly were invited, but I do know that Zak and Jason Starkey were there as well as Apple employee's kids and relatives.     Somehow John Lennon was talked into playing the part of Father Christmas and Yoko joined in as Mother Christmas.    The children's party went alright, I suppose.    The kids were bouncing off the walls, as would be expected for young kids, especially given the fact that they were fed cookies and candy.    They were entertained by some typical child party entertainers (I recall a ventriloquist).   Then John and Yoko (along with Mary Hopkin) came out and delivered the wrapped gifts to the kids.  John was heard saying a very deadpan, "Ho Ho Ho" and Yoko was heard saying a bizarre "He He He."  Mary was there to help hand out the gifts. 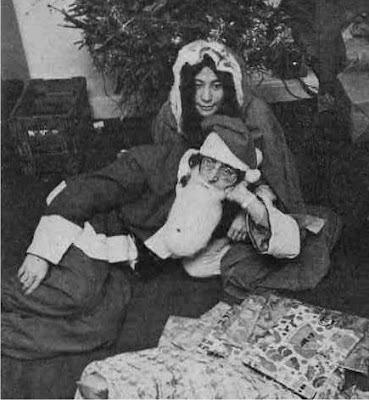 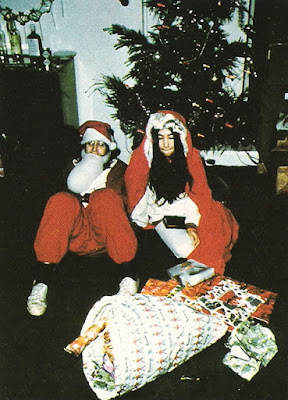 By 6:00 the adult party was to get started (although some of the kids were still there).   There was a cast of pretty wild characters at the party.   We had the homeless family that was there as well as the Hell's Angles that came by George Harrison's invite.    George wasn't at the party and neither was Paul.    For the second part of the party, John and Yoko changed back to their regular clothing.  Derek Taylor got a turkey that was over 40 pounds and was supposedly the biggest Christmas turkey in England that year.    The turkey was taking a long, long time to cook and the Hell's Angels guys were really hungry and impatient and started a fight.  Someone got punched and John almost got hit as well and then Peter Brown stepped in and tried to get the situation calmed down.    Eventually, the turkey was ready and the main Angel guy, Pete grabbed the turkey leg and ripped it off the bird and gnawed on it while the rest of the crew tore the bird to pieces.


Crazy but true times at Apple! 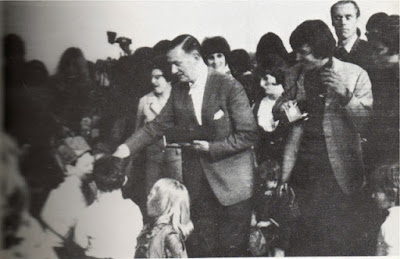 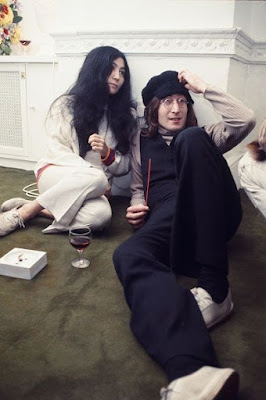 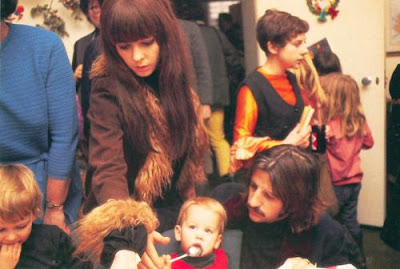