The sad bed in 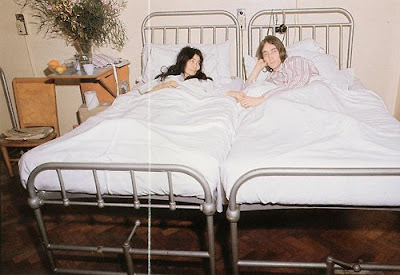 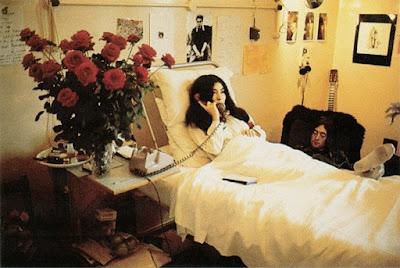 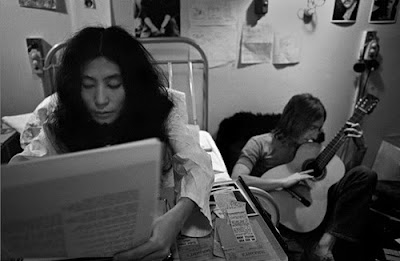 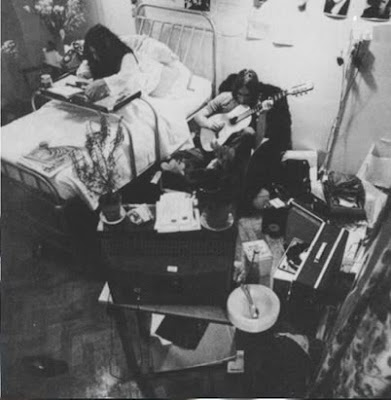 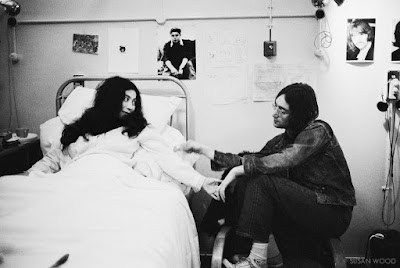 These sad photographs of John and Yoko were taken at the hospital after the miscarriage of their first child.

Interesting to me is that they decorated the room with all sorts of photos, including the individual shots of the Beatles from the White Album.   These photos were taken on November 4 and the White Album wasn't released until later in the month.
Posted by Sara S. at 9:51 PM