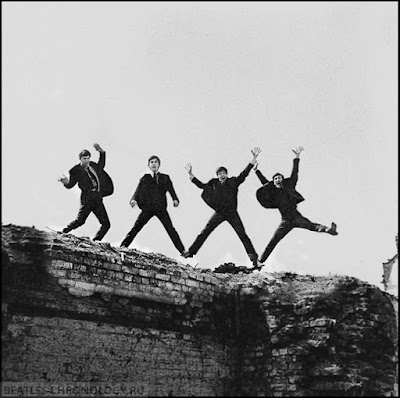 One of the most interesting Beatles literature I  have read this year is the December 2019 issue of Furore Magazine, which is a special Beatles issue.

The articles in this magazine are full of little nuggets of Beatles information that will make even the geekiest of us Beatles geeks smile.   The two biggest articles are about finding the location where the Beatles made the "Twist and Shout" EP jump photo.    For a long time, the photographer wasn't even known and now not only has she been found, but this article shows how they were able to pinpoint where the photograph was taken as well as the story behind the photos. 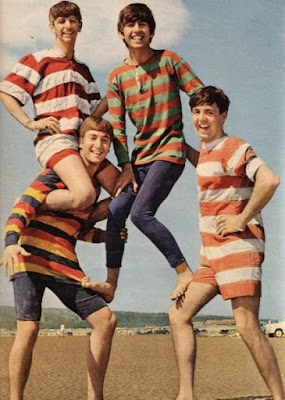 Likewise, the story of where The Beatles played on the beach in old-time swimming suits for Dezzo Hoffman's camera is told.   The author of the article, Piet Schreuders tells the story about how he and Mark Lewisohn went to Weston-super-Mare in 1986 and found the exact spot on the beach and discovered the photos were taken in Berean.


Other articles worth reading and learning from include:   An article about the Mr. Kite poster and how it has been reproduced over the years, various Beatles photo location in London,  The story of Beatles autographs obtained by the former president of the Dutch Beatles Fan Club, a list of all the photographs that make up the White Album collage poster (I helped a tiny bit with this article and was excited to see my name in the acknowledgments), an article about John, Paul, George and Jimmie's canal ride in Amsterdam and stories of the fans that jumped onto the boat and into the water to meet them.  The only article I didn't read all the way through was about re-making Revolution #9.

This magazine is just as valuable information wise, as any Beatles book.   I highly recommend it.

Where can I get this magazine you may ask.   It originates from the Netherlands so I would guess it would be easier to find in Europe than anywhere else.    In the United States, I would check any of the large bookstores that carry foreign magazines.    You can also order it from the Furore Magazine website:
http://www.furoremagazine.com/category/blog-en/