Looking for Lennon - a film review 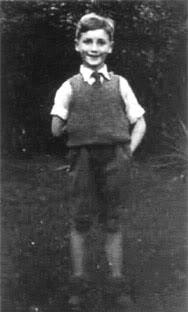 Looking for Lennon is a documentary about John Lennon's formative years in Liverpool and is available on DVD/Blu-ray.   If you are like me, your first thought is "Great -- just what we need--another documentary about the childhood of John Lennon (insert eye roll)."    I first saw this film at the Fest for Beatles Fans in New Jersey in 2017 when it still had time stamps on the bottom of the screen and even then I was amazed by how well made this film is and how interesting it was.

Sure, it does go over a lot of the same ground that anyone that loves John Lennon is familiar with.   John's father left for the sea, John's mother got pregnant and gave the baby up, etc etc....onto John and the Quarry Men perform at the Church Fete and met Paul McCartney who could tune a guitar and play 20 Flight Rock.    However -- there are several stories that I had NEVER heard before.   John in a boxing match at school?    Fighting over a cap gun?    How did he really act after his mother died?

The folks interviewed for the film are some pretty heavy hitters:  members of the Quarry Men, Hunter Davies, Sam Leach,  Jugan Vollmer, plus others that aren't so heavy of hitters but have some fun stories to share.   Many of John's schoolmates that weren't his best friends, but still ran around with him were interviewed as well as some of the friends he had in art college.    The saddest story is hearing Nigal Walley tell his story of watching Julia Lennon die and how he often thought if only he had talked to her a bit longer, the accident wouldn't have happened.

I did not care for some of the things in the film.   The first one if the old "John beat Cynthia" accusation.   Cynthia says in her book that John slapped her once.   While that shouldn't be condoned, that is far from "John beat Cynthia."     No one saw John beat Cynthia and since both parties have passed away, I think it is time to say that is something that is undetermined and not a fact.     Someone from one of the bands in Mersey side said that John grabbed a woman's bosom and punched her at the well-known Paul McCartney 21st birthday party.    I find it strange that I have never heard that before.    With all the people who have talked about John hitting Bob W., surely it would have been mentioned that he was also violent towards a woman.

The other issue I had was Hunter Davies getting out his little red book to prove that John told him that when he was 5 he had to choose between his mother and father while in Blackpool.    Mark Lewishon has debunked that story.   I feel like Davies took out that book to prove that Mark is wrong.  What Davies doesn't understand is how children's brains work.     The details had been worked out between the adults, but they very well may have asked John which parent he wanted to go with.    Maybe the adults even meant for the rest of the day and not for the rest of his life.  But as a child and then as the memory grew with John, it got turned into him having to choose between his parents.   John wasn't lying.   He told the story from his memory of it as a five year old.

Anyhow--I am getting a little too geeky here and need to wrap this up.    It is a great documentary with lovely scenes of Liverpool.   It includes real John Lennon solo and Beatles songs (must have cost a LOT!) which you never see in straight to DVD documentaries.    Some of the accents are hard to understand, so if you have an issue with accents, make sure you turn on the closed captions.

Right now I know the film is available at Wal-mart in the USA.   Once it is availabe on Amazon, I wil put up the link.