Apple to the Core - Book review 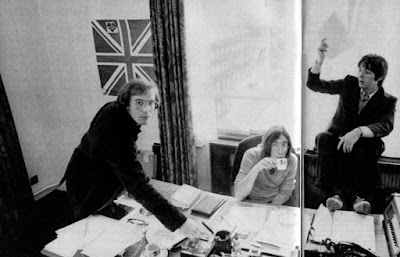 The book, Apple to the Core by Peter McCabe and Robert Shonfield was written in September of 1971 and published in 1972.   It has long been considered one of the core (no pun intended) books that all Beatle fans must read.

Does it still hold up in 2018?   Why was it so well received when it was originally published?


The book is the story of the Beatles break up.    It goes into the background of Brian Epstein and NEMS and then after his death and the legal issues Apple had and continued to have after the announcement that the Beatles would no longer be working together.      It is about 200 pages long (with tiny print) and is a very good overview of the ins and outs of the legal problems and issues that happened in and out of court as the Beatles' partnership was dissolving.     Many other books have been written on this topic since 1972 that may go into more detail and might even be more accurate, however, this is a great book for those of you who want to start digging into this confusing topic. 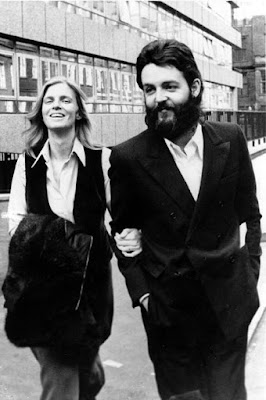 In 1972, this book was everything to Beatle fans.   It gave a lot of tidbits of information that they would not have known and it was well written.      Today it is a time-capsule piece.   Written while the breakup was going on, it tells the story as a modern happening and not as something from the past.    The authors must have been present in the courtroom during the various proceedings because they quote the lawyers word-for-word.      I found a lot of legal terms and things to be confusing, but it isn't impossible to understand.

There are also a lot of interviews with players in the story that are no longer with us:  Allen Klein, Nat Weiss, Derek Taylor, Neil Aspinall, and John Eastman are all quoted.   You will not find these interviews in any other book.    The quotes from Neil was especially interesting, as he typically did not give interviews.

I especially found interesting the story of Ringo going to Paul's house and asking that the McCartney album release date be moved not to interfere with the Let it Be album release.    The story that has been going around for years is that Paul broke some expensive artwork (I have even heard it was one of Stu's painting) in anger  (over Ringo's head???).    Well --   there was NO mention of artwork being broken in the story that was told shortly after it happened.   Paul was angry and Ringo called him a spoiled child, but nothing remotely violent happened between them.

This book has been out of print for a long time, but it is one that is easy to find at second-hand shops, Beatles conventions, and libraries.      It is well worth having on your Beatles bookshelf if you don't have it already.