Tune In (Extended Edition)- The red book - A review 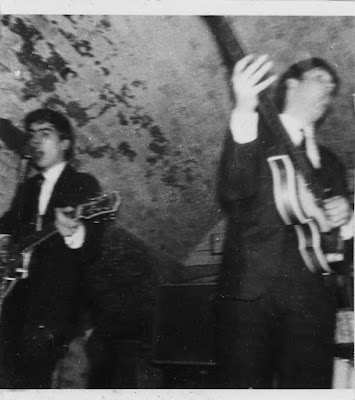 I am more than proud to say that I read the entire Tune in (Extended Edition) by Mark Lewisohn the summer.   All one thousand eight hundred and something pages of it -- notes and all.    I really think awards need to be given out to the fans that finish this book - at least a sticker that says "I did it!  I read Tune In!).


As I explained in my last review, The Extended Edition of Tune In is so large that it is split into two large books:  a grey book and a red book.      This review is over the red book.


I have to admit, that the second half of Tune In was more enjoyable than the first half.   The first half was great, but the second half got more into the "meat" of the Beatles story.  It covers 1961-1962, and so in this volume, you see the Beatles turn from some scruffy guys in leathers and their residency at the Cavern Club to the cleaned up lads who are working with Brian Epstein to get a record deal until they finally get one.      You also are there to read about Pete Best's sacking and the start of the Beatles -- with Ringo!

Lewisohn leaves no stone unturned.   I especially enjoyed the comments and memories of the fans that saw the Beatles at the Cavern Club.    These boys and girls were in the front lines of Beatles fandom, and their insights are such an essential part of the Beatles story.    I am so thankful that they are preserved in this book.

I also appreciate Lewisohn's humor throughout the book.    A biography on anybody can get dry at times, but he really keeps things going with humor.    There are slight nods here and there that only the most die-hard Beatles fans will get (meaning anyone that reads the entire extended edition).  And other things that are just funny -- such as whenever he refers to John's friend in Germany, Benita as BENNNNNNNIIIIITTTA.

The story ends on December 31, 1962 -- just before the Beatles really hit it big in England.   And while the book was long, when it is over, you wish to read more.    So many new nuggets of Beatles information can be found here.

The Extended Edition of Tune In is a must read.    I know it is crazy expensive, but it is worth the money.     I think I said it before, but it is worth saving your money and gift cards to buy this book.  It is going to be a while before the 2nd Edition is out, so you have time to save up the money and read this edition.