The Beatles at Woodstock 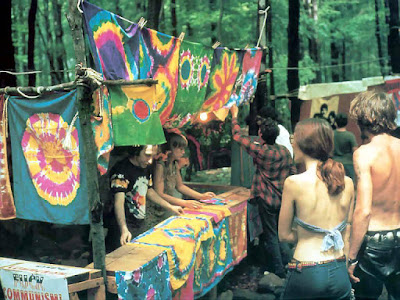 We all know that the Beatles did not perform at the Woodstock Festival in 1969.   The Beatles were not performing anywhere in August of 1969.   However, the spirit of The Beatles was without a doubt there.      Joe Cocker did his unforgettable performance of "With a Little Help from my Friends."  Richie Havens sang numerous Beatles songs, and CSN did their version of "Blackbird."    Other Beatles songs may have also been performed.

If you look in the background of this photo from Woodstock, you will see that a Beatles banner is for sale among the sea of tie-dye.   Woodstock was held August 15-18, 1969.

Email ThisBlogThis!Share to TwitterShare to FacebookShare to Pinterest
Labels: 1969, Woodstock