Report from Beatlefest -- top 5 highlights of the weekend. 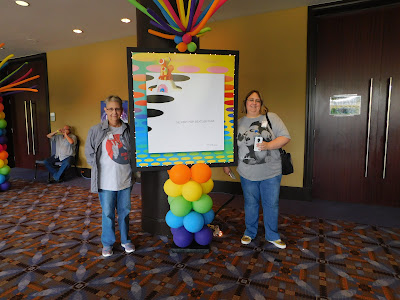 I am here for my annual report back from the Fest for Beatle Fans in Chicago.    2018's Fest was a great time.   I was on four panels and gave a presentation -- so I was pretty busy.    I did not have a table set up to sell anything, so I was still able to see a lot of great things.    It was AWESOME talking to so many of you at the Fest!     A special hello to Kristine, Lola, and Kaeli who I met for the first time at this year's Fest and to all the people that stopped me and said "hi."   It really made me happy to see so many blog visitors in person.   You guys are really out there!

Here are my personal top 5 best things about the Fest this year.... 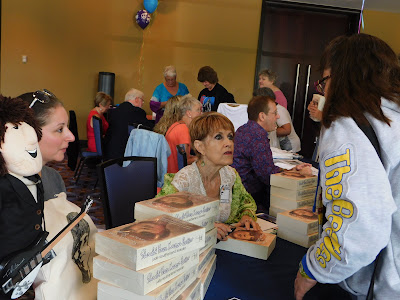 Before the Fest got going on Saturday morning, there was a special party to celebrate the release for Jude Southerland Kessler's 4th book in the John Lennon series called Should have Known Better.     What a great party that was!   Scott Erickson played John Lennon songs on the guitar,  there were donuts, door prizes, and lots of mingling and chatting about the Beatles and John Lennon. 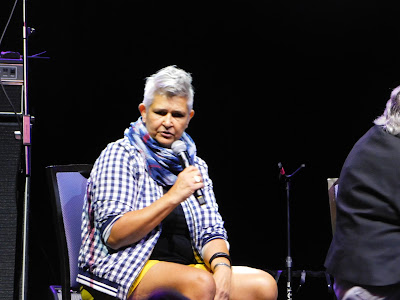 Remember the adorable Little Nicola from the Magical Mystery Tour film?   Well, she is now all grown up and was a delight to hear speak at the Fest.    Her memories were so cute!  It was a treat listening to her and meeting her after her talk.

3.  Seeing the next generation of fans

I can't tell you how much I love 3rd generation Beatles fans.   You guys are amazing!    Let's just stop and think about the fact that The Beatles have three generations of die-hard major fans.    I love the fact that places like The Fest for Beatle fans, all three generations can gather together and express the same passion for the guys.     The third generation fans made a big impression on me at the Fest this year.   The Chicago School of Rock did an amazing job on songs from the White Album and Hey Bulldog on Sunday morning.    If this is how we are going to hear Beatles music performed live in the future, then we have nothing to be concerned about because they play music that rocks!     I also enjoyed talking to several third gen fans.       These are the ones that will keep the Beatles legacy going, so more power to them! 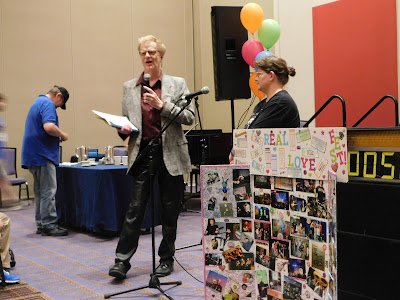 On Friday night there was a nice session called "Tea and Memories" where those of us who regularly attend these conventions came together and shared our favorite Fest memories, photographs, programs along with a lot of laughs.    The Fest has become a sort of family reunion among all of us that go and it is a great time to spend with each other.   We have made so many wonderful memories and so many unforgettable things have happened over the years that it was so great to share those memories and be reminded of things forgotten.    Wally was a wonderful host. 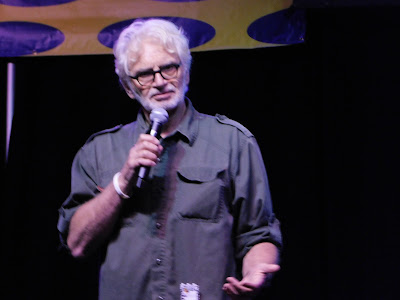 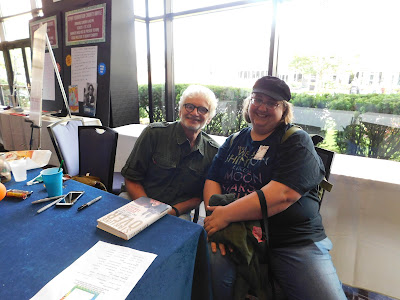 John Lennon's producer, Jack Douglas was one of the best guests the Fest has ever had.    He really was the star of the weekend.    He told so many stories about John while making Imagine and during Double Fantasy.    His stories really brought out John's humor and personality.    Jack showed some photos and then he played the songs "Watching the Wheels" and "Woman" starting with the demo, then the rough mix and the final mix.    Hearing those songs like that was really emotional for everyone, but it was so appreciated that Jack brought them for us.     He was such a nice man.  He met with every one after his talks and his line was really long because he spent time telling more stories at the table.    He signed the book "Starting over" for me underneath a photo of him in the book and he told me all about when the photo was taken.    Such an unforgettable moment, especially since I am such a John lover.

Honorable mentions go to All of the panel discussions, Geoff Emerick, late-night sing-alongs, singing "Hey Jude" on the stage, the artwork in memory of Nicole,  Ringo's drum kits,  and the brownies at the staff party.         It was great and I hope to do it again next year.     Attendance was noticably low, but it was pretty crowded on Saturday and everyone I spoke with was having a great time.
Posted by Sara S. at 10:30 PM