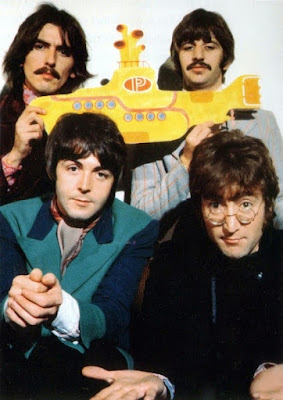 Thank you to everyone that entered  The Summer 2018 Yellow Submarine contest!   It was a record-breaker!   73 people entered the contest, which blows the 52 people record way out of the water.    I enjoyed seeing what songs from the movie everyone picked and here are the tallys.   Out of 73 votes:

Hey Bulldog is my personal favorite, but for some reason, I thought not very many other people would agree.  Boy was I wrong!

There was one write-in vote for the instrumental song, Pepperland

It was a fun survey and thanks again to everyone that entered.

I chose the two winners randomly and the winners are

Congrats to Kathy and Michael!   Please email me your mailing addresses to Starshyne9@yahoo.com by Wednesday to receive your prize.

Look for another contest on Meet the Beatles for Real around October.    Peace and Love and Beatles 4-ever!