I was the proud recipient of a grant to travel to Cleveland, Ohio to do research for my upcoming book about the Beatles' fan clubs at the Rock and Roll Hall of Fame and Archives.     I spent Tuesday-Friday during the day digging through old scrapbooks, files, books, and databases for Beatles information for the book.      However, my evenings were free and the library wasn't open on Saturday, so I took the opportunity to meet up with the girls from WALHFMF and go to the Rock and Roll Hall of Fame museum to see the Beatles stuff.


The museum changed around the Beatles section recently and it has some great Beatles items to see in person.

It was very John-heavy this time in the museum.    Ringo's drumsticks were on display and a classic Beatles 1963 suit of George's but it seemed to have more John items.   Now, I personally wouldn't be complaining about this because John is my favorite, but if I was a George, Paul or Ringo fan, I would be a little disappointed by the lack of recognition. 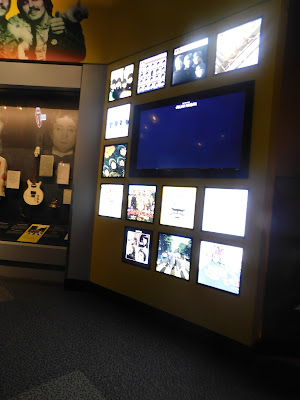 Right next to the exhibit, is a wall of small screens.   This is a great documentary about each of the Beatles albums.   All of the key players are shown talking about the songs and albums.   There isn't any new information, but I did spot a couple "new" photographs and it is well worth the time to sit on the benches nearby and watch from Please Please Me to Let It Be. 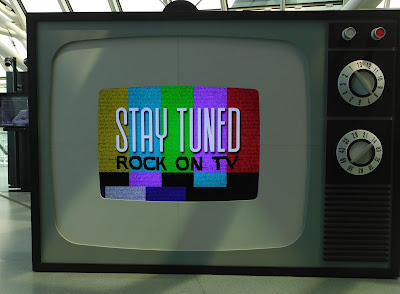 There is a special exhibit going on right now called "Stay Tuned: Rock on TV."  I really enjoyed it.   It is all about rock music and television from variety shows to MTV -- everything is covered (including cartoons).    Beatle fans will want to check out the Ed Sullivan section on the 4th floor right behind this huge television set.    The guitar John Lennon used on the Sullivan show is displayed (and was hard to photograph) as well as a few other items. 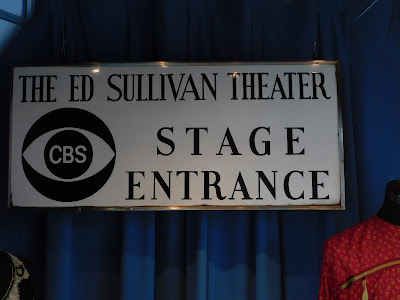 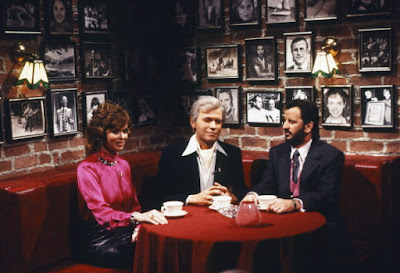 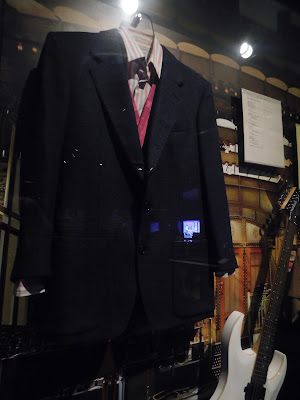 If you find yourself in Cleveland this summer, it is well worth going to the Rock and Roll Hall of Fame.    There is a lot of things to see and interesting films to watch as well as plenty of Beatles content to keep you happy.
Posted by Sara S. at 7:32 PM